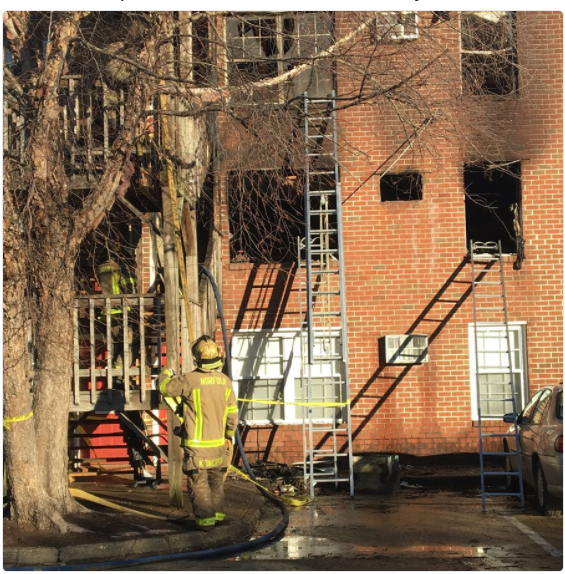 NORFOLK, Va. – Firefighters with the Norfolk Fire Department responded to an apartment fire at the 6200 block of Chesapeake Blvd. Saturday morning.

Crews were dispatched at 7:11 a.m. and arrived on scene at 7:15 a.m. to find fire coming from the second and third floor of the building.

Fire Chief Worley advised that firefighters found a male victim on the second floor. He was taken to the hospital where he later died from his injuries.

Six apartment units were damaged and five residents have been displaced. The American Red Cross will be assisting those affected by the fire.

Mangum told News 3’s Aleah Hordges that she called 911 when she saw heavy smoke coming out of this apartment unit. She’s now left in despair.

“It hurt me because I couldn’t get in there to help him and nobody else can because it was too much smoke in there,” said Mangum.

Now all that remains is debris.

Neighbors said they woke up to door knocks.

People living nearby said they waited for almost an hour outside to wait for crews to extinguish the fire.

The cause of the fire is under investigation by the Fire Marshal’s Office.