NORFOLK, Va. - A woman stopped into the gym just to come back out to her car and find the windows smashed with scratches down the body of the vehicle; marks made by bricks lying on the ground.

Elizabeth Okpodu stopped into OneLife Fitness on Monticello Ave around 6 p.m. on Saturday. She was not there for long, but it was enough time for someone to cause more than $1,000 worth of damage to her Subaru Legacy. 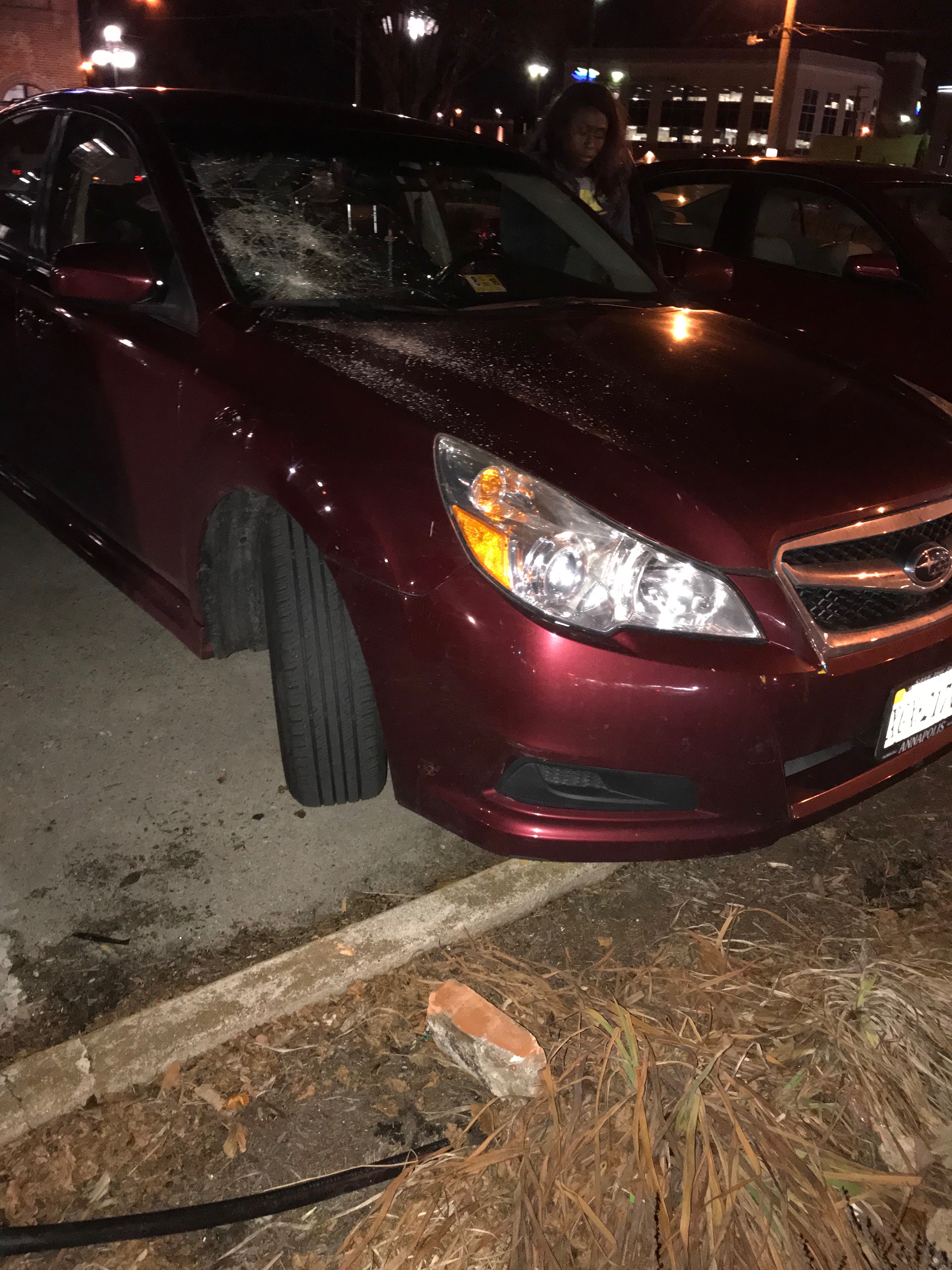 According to witnesses, two juvenile males were walking through the area and came upon Okpodu's car in the gym parking lot. They told Okpodu the two men hit the windows and windshield with the bricks and ran them down the side of the vehicle before a homeless man approached them and they stopped, leaving the area.

There were scratch marks along the body and shattered glass all over the vehicle. Okpodu said the criminals never actually got into the car because the glass on the vehicle is reinforced. She thinks they were going after a bag in her front seat that looks like a purse.

Surveillance cameras at OneLife did not catch the vandalism, but Doumar's footage shows the two men walking through their parking lot before and after the crime occurred.

If you recognize these men, call the Norfolk Crime Line at 1-888-LOCK U UP. Tips that lead to arrests could lead to a cash reward. All callers remain anonymous.