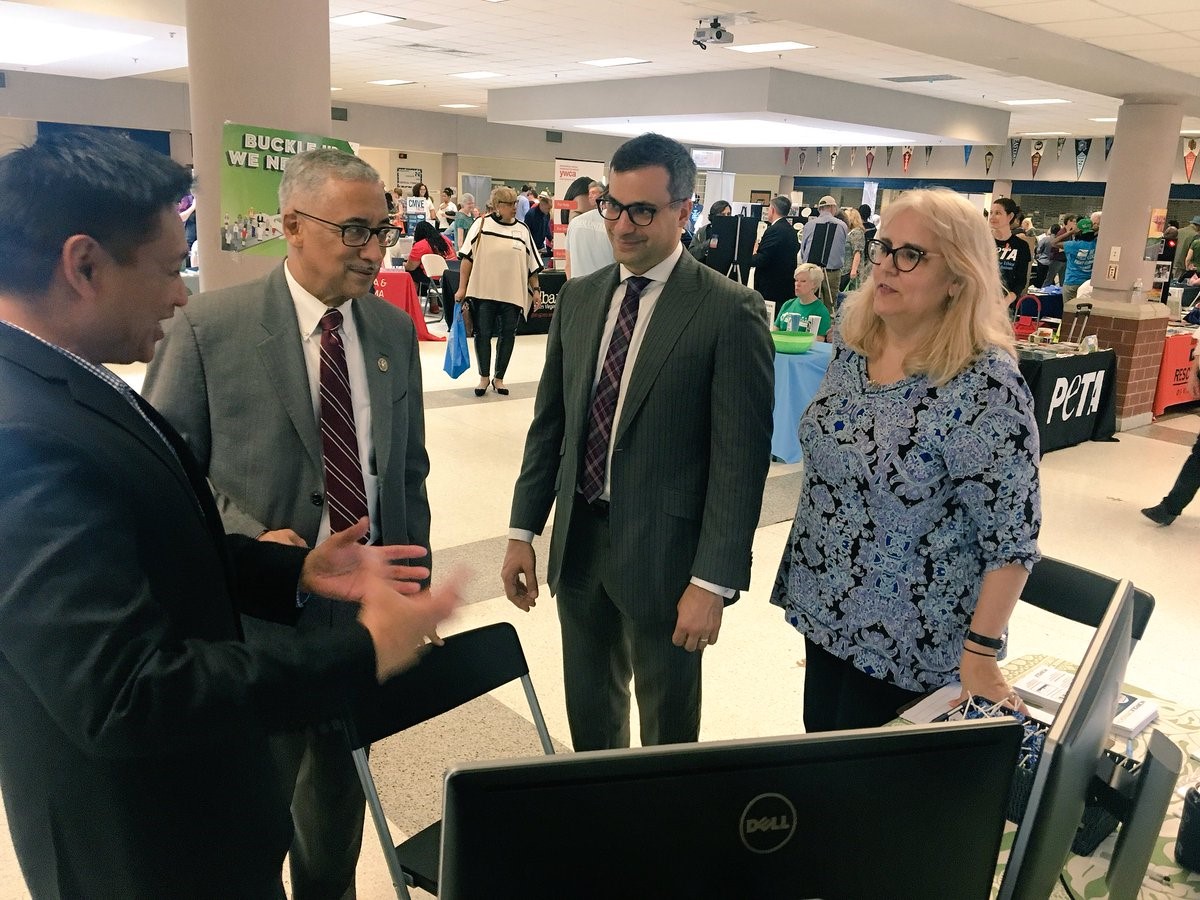 NORFOLK, Va. – Congressman Bobby Scott attended Engage Norfolk 2018 ahead of his town hall meeting that is scheduled for Monday in Portsmouth.

Scott met with Norfolk leaders such as Mayor Kenny Alexander and City Council members Andria McClellan and Martin Thomas Jr. at the event held at Norview High School on Sunday.

A variety of city politicians were at the event that was put on to help sprout civic engagement it the City of Norfolk.

Congressman Scott is in Hampton Roads for a town hall event.

The town hall will discuss the latest Republican tax bill that was passed in January.

The town hall will start at 6 p.m. at I.C. Norcom High School.