SANTA ROSA, Calif. — A Richmond native wanted in connection with a homicide, two home invasion robberies and a high-speed chase in California could be headed back to Central Virginia, authorities said.

The Sonoma County Sheriff’s Office issued a statewide alert Friday for 20-year-old Amber Hembree, a female Crips gang member who goes by the name “Skittles,”according to CBS News 6. The story was originally reported by KPIX.

Hembree remains on the run after three other suspects, including 23-year-old David Ealey from Richmond, were apprehended after a Friday morning crash in Sonoma County. Another suspect was arrested Thursday night in Santa Rosa.

Deputies warned Hembree should be considered armed and dangerous. She was last spotted on surveillance cameras fleeing the scene of a vehicle pursuit that ended in a crash in Vallejo on Thursday.

“Our understanding is she has no contacts in Vallejo, no friends, no family,” Sonoma County Sheriff’s Sgt. Spencer Crum told KPIX. “Our guess is that she’s trying to get out of Vallejo and back to the East Coast.”

A victim shot in the first robbery, reported off Fulton Road west of Santa Rosa, is expected to survive.

But a second victim, reportedly shot multiple times after the masked crew broke into his Melcon Lane home, died from his injuries.

“There were multiple people in each house,” Sonoma County Sheriff’s Office spokesperson Misty Harris said. “One was shot at the Fulton address, then another at the Malcon Lane house.”

Deputies believe the home invasions were marijuana-related. And because several guns were stolen from the second home, deputies said the suspects knew what they were after. 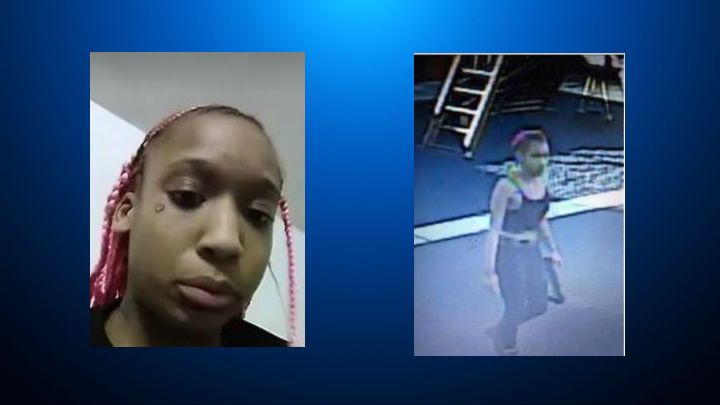