Close friends of victim hit by car outside Norfolk restaurant say he is a ‘fun, loving guy’

NORFOLK, Va. - A man is in the hospital after he was hit by a vehicle while outside a Downtown Norfolk restaurant Sunday.

According to court documents obtained by News 3, 44-year-old John Vanderwilt was behind the wheel Sunday evening. Court papers allege Vanderwilt had a blood alcohol content level of .16.

According to a preliminary investigation, the man was standing outside of the restaurant when he was hit by a Honda SUV after Vanderwilt allegedly lost control of their car.

Close friends of the victim - who is very popular in the city of Norfolk - said they are saddened to hear the news.

"I was in total shock. We did lose one of our really close friends that was a close friend of his as well not too long ago so it just comes as a shock," said Laura Koffman.

24-year-old Jonathan Cox was working at Jack Brown's Burger and Beer Joint when the crash happened.

Police said  when they arrived on scene, Cox was lying in the roadway.

"Just a fun loving guy. We go out and he's very protective of everybody, takes care of his family, Public House family. Just all around a great guy," said Koffman.

Friends close to Cox said they are at a loss for words when it comes to the magnitude of what he and his family are now going through.

But, they said regardless of his current critical condition, they are keeping high hopes for the future and wish him a speedy recovery.

"We're all sticking together as a family and trying to be optimistic about the situation as much as we can be," said Koffman.

Friends have set up a GoFundMe page to cover Cox's medical bills and anything he may need during this time.

Vanderwilt is expected to be in court in May. 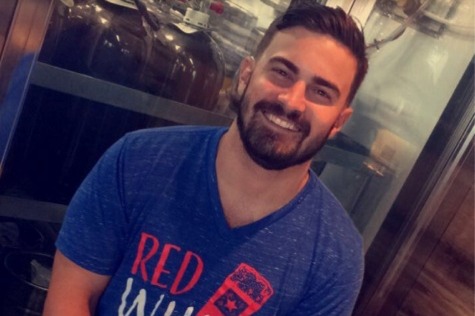