VIRGINIA BEACH, Va. - The Virginia Beach Police Department is investigating a shooting that killed a man in the 700 block of 16th Street Tuesday afternoon.

Dispatchers received a call for reports of a gunshot wound before 4 p.m. The victim had life-threatening injuries and was taken to the hospital, where he later died.

Around the time of the shooting, a car had crashed into a utility pole, knocking the power out for two homes. Dominion Energy also responded to the scene after the incident.

Police told News 3's Margaret Kavanagh that the victim was inside the car, although it is not known whether the crash happened before or after the shooting. It is also unknown whether there was anyone with the victim at the time of the incident.

Police say detectives do not believe that this was a random act of violence.

There is currently no suspect information at this time. Police are asking anyone with information about this incident to call the Virginia Beach Crime Line at 1-888-LOCK-U-UP (1-888-562-5887). 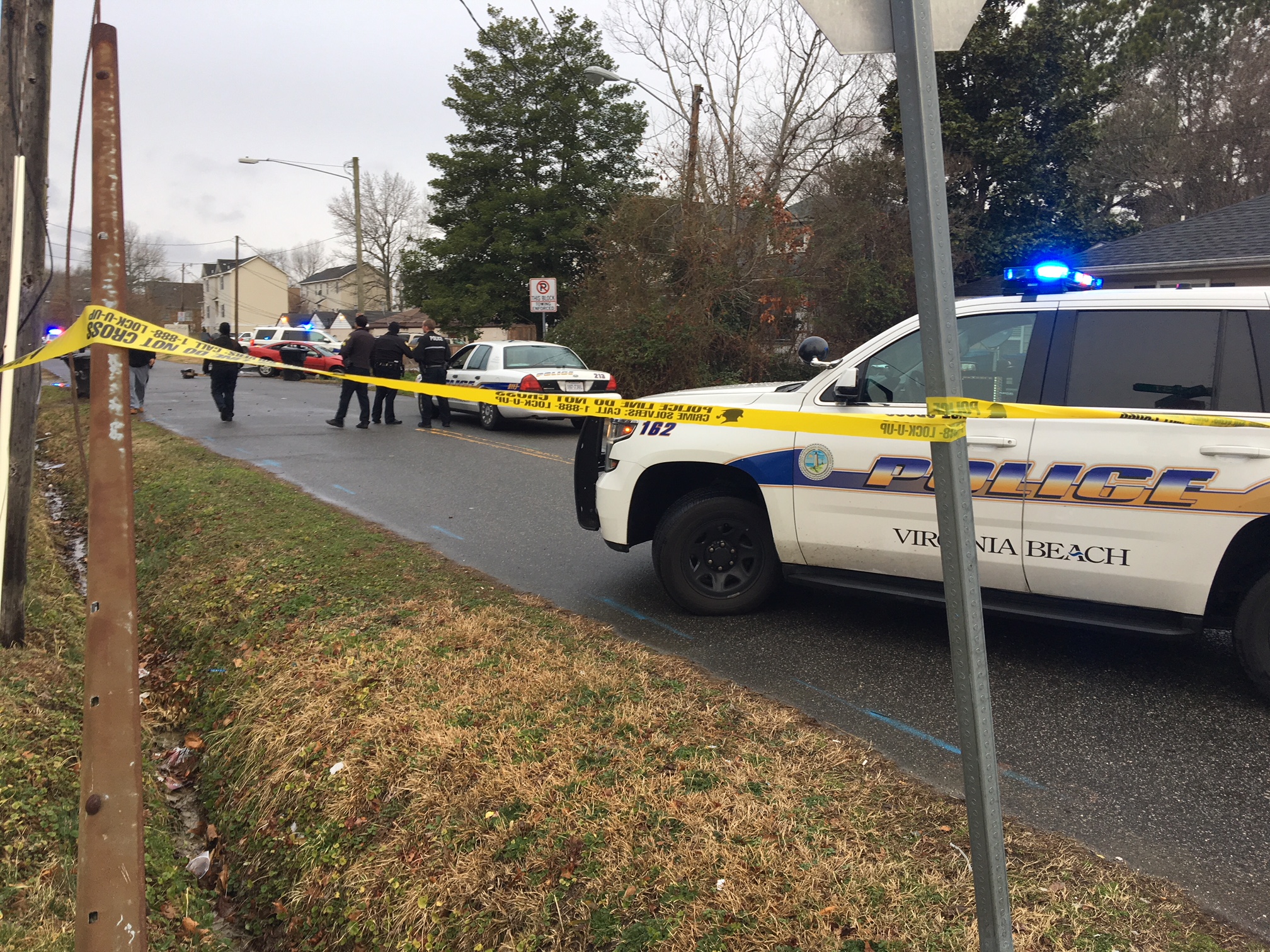