Valentine’s Day on the Drillfield: Two pups will be attending Virginia Tech’s Military Ball together 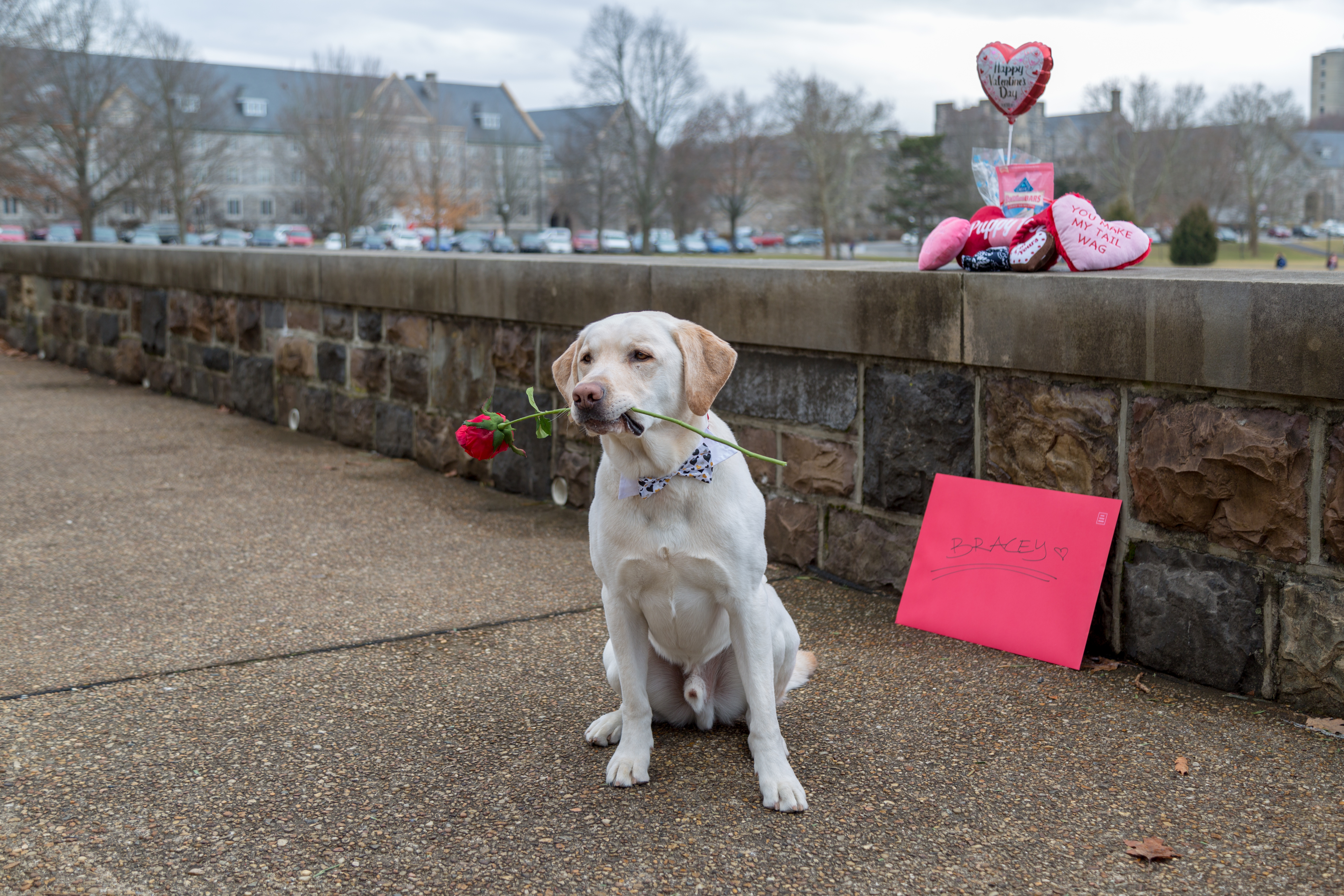 BLACKSBURG, Va. – It’s never easy to ask the Golden Retriever of your dreams to a college dance, but the 5-year-old Lab named Growley, built up the courage to do so on the drillfield at Virginia Tech.

Growley, who is the mascot and ambassador for the Tech Corps of Cadets, finally asked out Bracey after they had been hanging out together the last few months.

The four-legged cadet had help from some fellow cadets in asking his sweetheart to the upcoming Military Ball dance.

Growley presented Bracey with a rose, an oversized greeting card and a couple Valentine stuffed chew-toys to help seal the deal.

Bracey said yes, we believe through tail wagging, and will now play fetch with Growley all night long at the Military Ball.

The Ball is a Tech cadet tradition. The winter formal honors and celebrates the cadet’s senior class.