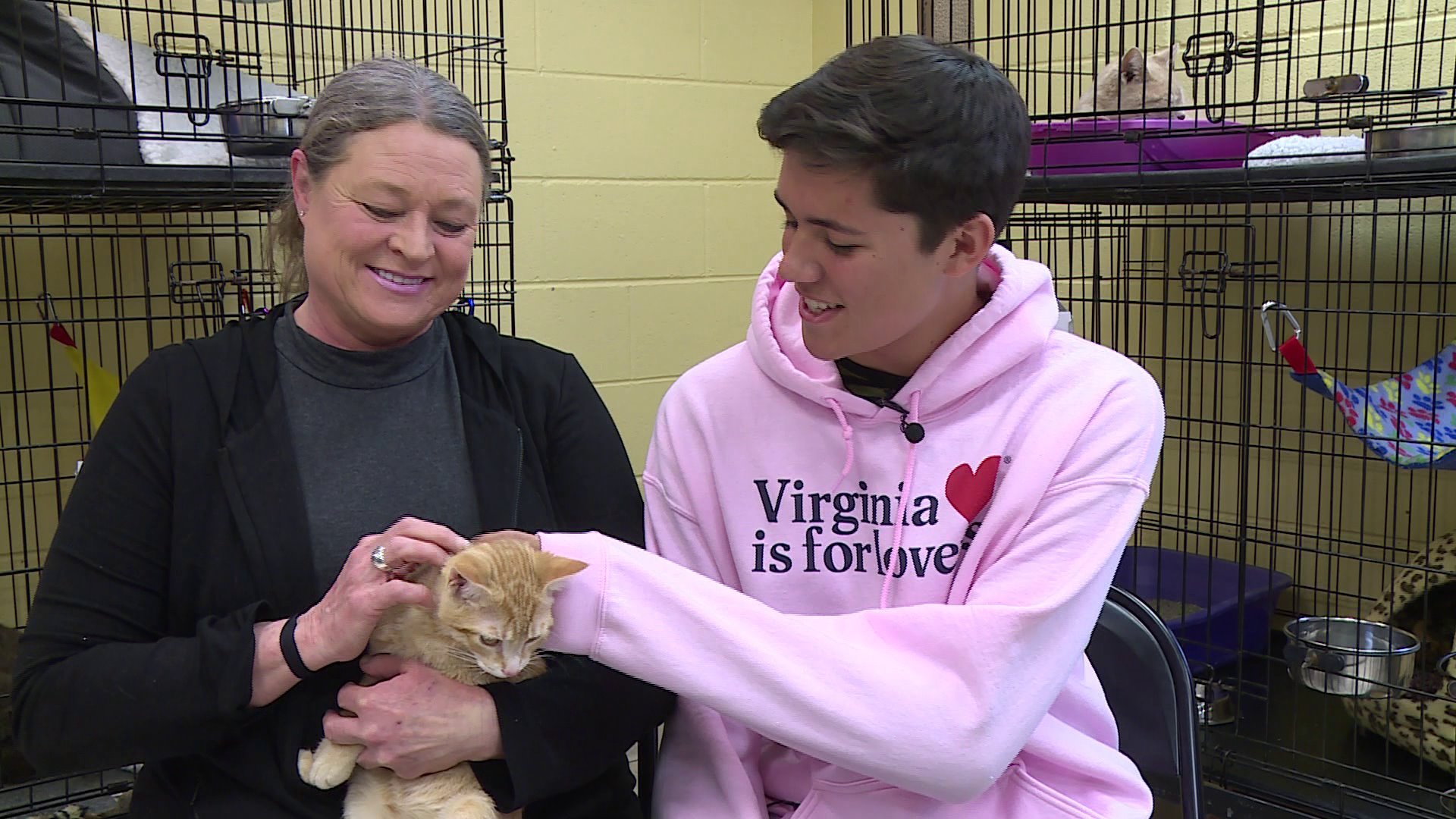 RICHMOND, Va. – A family traveled across the country to adopt a special cat from the Richmond Animal League (RAL) on Saturday.

Sherrie and Jake Correno live in the San Francisco Bay area in California. They decided to bring “Waylon” to their loving home after they found out the tough medical journey the kitten had been through, according to CBS News 6.

According to RAL, “Waylon” was born with pectus excavatum – a condition in which the breastbone sinks into the chest and causes the chest to have a caved in appearance. If left untreated, this condition often moves the heart and can crush the lungs, according to the Mayo Clinic.

Jake also has pectus excavatum and recently had two titanium bars were placed in his chest to correct the condition.

“I am so happy that I can met an animal that has the same thing that I do,” Jake Correno said.

The family found the cat through a Pectus Excavatum support group on social media and immediately knew they wanted “Waylon” to join their family.

“I know what Jake went through,” Sherrie Correno said. “It was a week in the hospital, several weeks of recovery and it’s the most painful pediatric surgery there is.”

Kaicee Robertson with the Richmond Animal League said everyone who knows “Waylon’s” journey is excited for the kitten’s new adventure.

“It’s just really incredible,” Robertson said. “They are such a great family. We’re so excited for “Waylon.” He’s going to have a really wonderful life.”

Both Sherrie and Jake agree that their journey across the country to find their perfect match will be unforgettable.