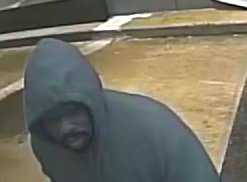 VIRGINIA BEACH, Va. – Three men wanted for an armed robbery of an armored truck in Salisbury, Maryland may be in the Virginia Beach area, according to the FBI.

The incident happened on January 22. The investigation revealed that the armed truck driver was robbed while filling an ATM with cash.

While filling the machine, the driver was approached by a man with a gun along with two other suspects. The suspects immediately demanded cash while binding the driver’s hands.

The suspects stole the driver’s company issued handgun, as well as cash, before running awya.

In addition to Virginia Beach, investigators also say the men could be on the Maryland Eastern Shore, Washington D.C., Baltimore or Delaware.

The FBI released a recording to the robbers’ voices in hopes of someone recognizing their voices:

There is currently an up to $50,000 reward for information leading to the identification and arrest of the robbers.