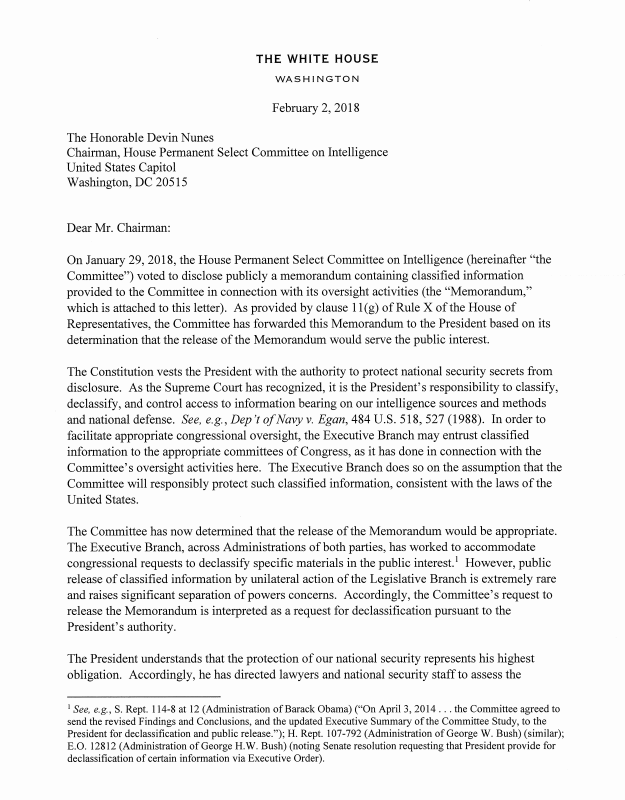 President Donald Trump on Saturday agreed to release a redacted version of a Democratic memo that seeks to undercut Republican claims of FBI surveillance abuses.

The House Intelligence Committee released the Democratic memo after the White House signed off following negotiations between the FBI and the committee’s top Democrat, Rep. Adam Schiff of California, over what in the document should be redacted.

Earlier this month, the White House objected to releasing the memo, saying that sensitive material had to be removed first.

Schiff’s memo was written to rebut a Republican memo that accuses the FBI of suppressing Democratic ties to an opposition research dossier on Trump and Russia used in the FISA warrant for former Trump campaign foreign policy adviser Carter Page.

Schiff and other Democrats charge that the Republican memo led by House Intelligence Chairman Devin Nunes of California is misleading and omits key facts, including that the FISA application did state that ex-British intelligence agent Christopher Steele, the author of the dossier, was paid by a political entity. FBI Director Christopher Wray also expressed concerns, publicly warning the White House that omitted information could impact the memo’s veracity.

The release of the Schiff memo caps an unprecedented and tumultuous period for the committee, which has now voted to release two classified documents using an obscure committee rule that had never been invoked previously in the panel’s history.