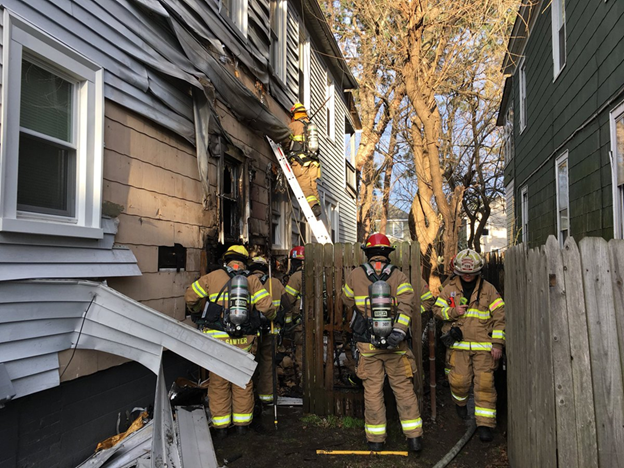 CHESAPEAKE, Va. – Two people were displaced by a fire that occurred at a duplex in South Norfolk section of the city.

According to officials, firefighters arrived to the 1300 block of Chesapeake Avenue around 5 p.m. on Friday and found flames coming from the two-story duplex.

A lot of the fire damage was contained to the exterior of the duplex, but some of the fire did affect the first floor apartment that the two people displaced were staying in.

There were no injuries because of the fire, and the Red Cross is helping the two that were displaced.

Fire officials say that the cause of the fire is still under investigation.