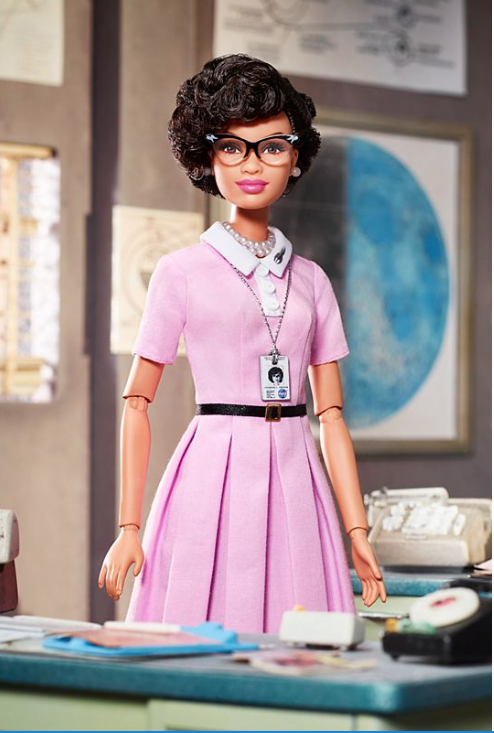 EL SEGUNDO, Calif. – Katherine Johnson’s legacy was immortalized on screen in ‘Hidden Figures,’ and now millions of young girls will get to take home a likeness of the mathematician in the form of one of the world’s most iconic toys.

Toy titan Mattel announced Tuesday that Johnson will be one of 17 historical and modern-day female role models to be made into a Barbie to celebrate International Women’s Day, which falls on Thursday, March 8 this year. She will be one of three women honored in the brand’s ‘Inspiring Women’ doll line series.

“As a brand that inspires the limitless potential in girls, Barbie will be honoring its largest line up of role models timed to International Women’s Day because we know that you can’t be what you can’t see,” said Lisa McKnight, Senior Vice President and General Manager of Barbie. “Girls have always been able to play out different roles and careers with Barbie, and we are thrilled to shine a light on real-life role models to remind them that they can be anything.”

The women who will be honored in doll form come from diverse racial and cultural backgrounds.

Barbie’s ‘Shero’ doll line “honors women who have broken boundaries in their fields and have been an inspiration to the next generation of girls.” The 14 newest additions to this line are:

The ‘Inspiring Women’ doll line includes historical dolls that come with educational information about the contributions each woman made to society and their respective fields. The three honorees to be immortalized in this line are:

At 99 years old, Johnson is the only living historical honoree.

Johnson was portrayed by actress Taraji P. Henson in the 2016 film, which was based on the New York Times bestseller Hidden Figures: The American Dream and the Untold Story of the Black Women Mathematicians Who Helped Win the Space Race by Hampton native Margot Lee Shetterly.  In August 2017, NASA Langley, her former employee, named a building in her honor.