West Virginia lawmakers said Tuesday morning that a deal has been reached to deliver a 5% pay raise for all state employees, including striking teachers, according to a state committee meeting on the matter.

The deal is intended to end a teachers’ strike that has canceled nine consecutive school days across the state. Teachers’ union representative Christine Campbell told CNN she anticipates school will back in session Wednesday if the bill is passed Tuesday. The House of Delegates OK’d the legislation Tuesday, and it now goes to the Senate.

“It took a lot of pulling for everyone to get there,” Gov. Jim Justice said amid crowds of cheering educators at the state Capitol in Charleston. “But we’re there.”

Randi Weingarten, president of American Federation of Teachers, said the deal was a “huge breakthrough” for school employees and for doing what’s right.

“You have a story here, a modern-day story, of labor solidarity on an issue that is irrefutable,” she said. “That for teachers to stay in our profession, for bus drivers and support staff to stay and do this work, we need a livable wage, and we need the conditions in schools that we can help kids thrive.”

The strike began February 22 when about 20,000 teachers walked out of schools in what has been a show of the strength of organized labor.

Public schools in 55 counties across the Mountain State were closed again Tuesday as teachers and educators demanded higher wages and better benefits, particularly for the embattled state employee health insurance program known as the Public Employee Insurance Agency, or PEIA.

West Virginia ranks 48th in the nation in terms of how much it pays its teachers, according to the National Education Association, and educators say that low pay pushes qualified teachers to leave the state.

Separately, the governor agreed to set up a task force to address the state health insurance program on March 13.

Though currently limited to West Virginia, the strike has had repercussions outside the state as teachers in Oklahoma say they, too, have reached their breaking point and are considering walking off the job next month.

Yet the focus in West Virginia has remained on the teachers in the trenches, even for students who have been out of class for days.

“I wish it wouldn’t have come to this and that I was still in school, but I want the teachers to get the wages that they deserve, so I’m all right with it,” Victoria Blickenstaff, a sophomore at Fairmont Senior High School in Fairmont, said before the announcement of the deal. 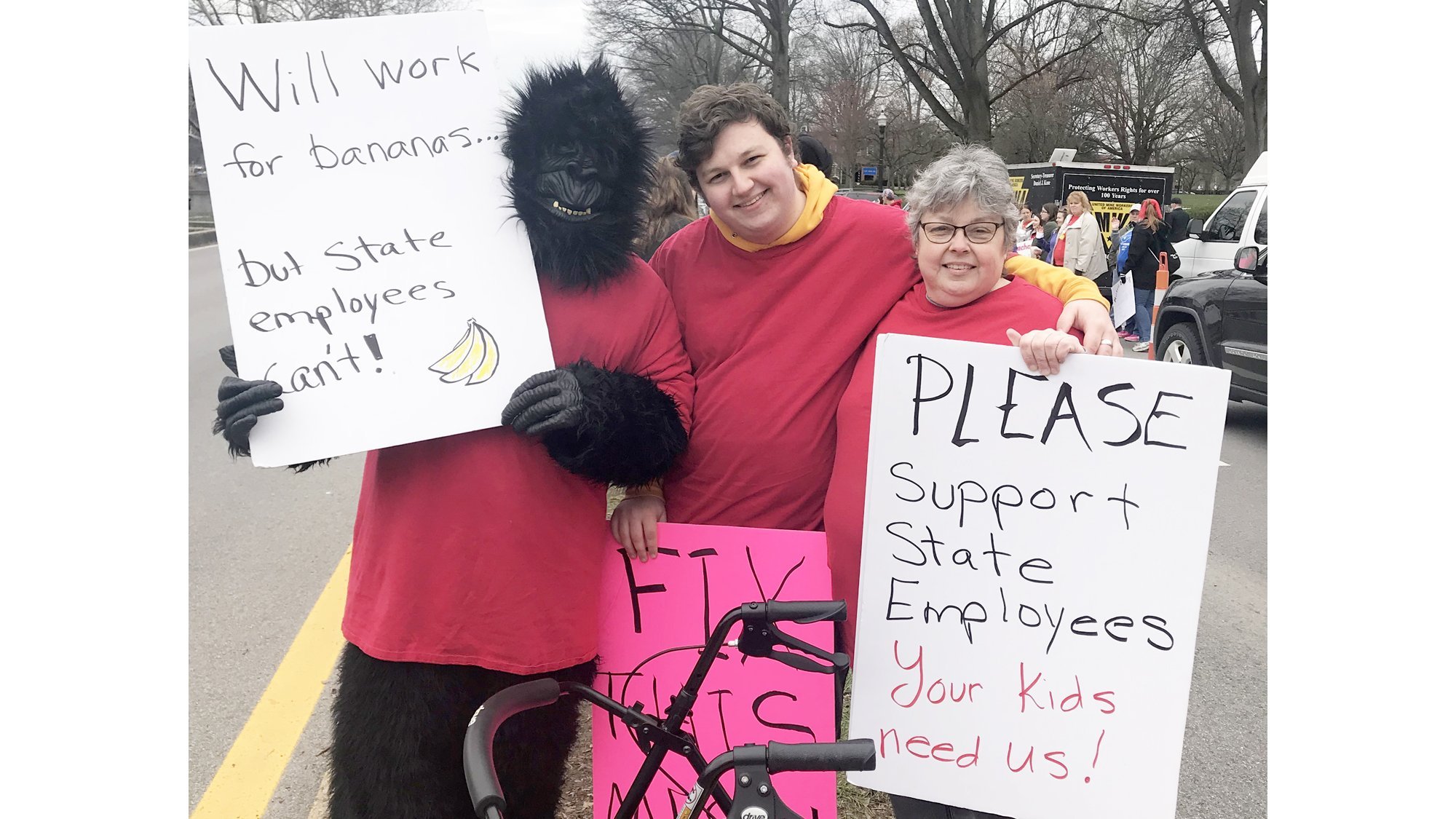 The West Virginia Legislature faced a standoff over how much of a pay raise to offer striking teachers and educators. A legislative conference committee was appointed to resolve differences between bills in the House and Senate.

Last week, the governor and union leaders agreed that teachers and service personnel would receive a 5% pay raise, and the House approved the proposal. However, Republicans in the Senate passed a bill Saturday night with a 4% raise.

Union leaders said teachers wouldn’t return to work until they got a 5% raise, and the standoff continued into Tuesday.

At a legislative conference committee meeting Tuesday to resolve the issue, Republican state Sen. Craig Blair said the new deal represents the largest pay raise in state history. There will be no tax increase to offset the raise, and Blair said the government will see a $20 million reduction in spending to come out of cuts to general services and Medicaid.

“With this agreement today to reduce spending in state government, in order to give every single dollar available to our public employees, we’ve achieved the goal of being fiscally responsible while also getting a pay raise that will help our teachers get back in the classroom and our students back to school,” said Senate Majority leader Ryan Ferns, a Republican.