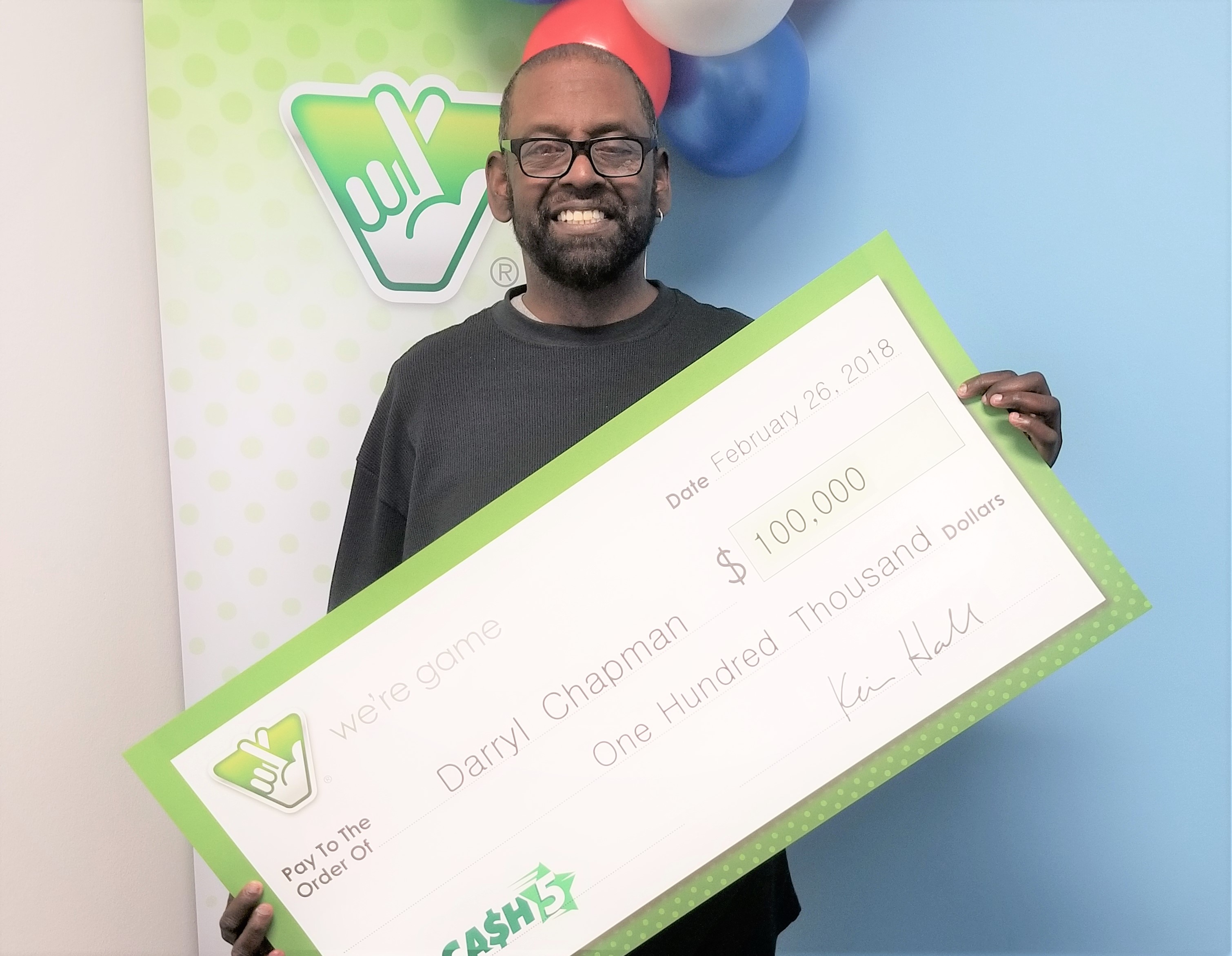 Darryl Chapman won the $100,000 top prize in the Virginia Lottery’s Cash 5 game. He matched all five winning numbers in the February 22 night drawing with a ticket purchased at Roy’s Quick and Serve at 2903 Shell Road in Hampton.

“Once I got by myself, I jumped up and down and screamed,” Chapman said.

Champman said he has no immediate plans for his winnings except to pay bills.

Dandy Ibas won a cool $250,000 after he bought a ticket while picking up some lunch at the Wawa at 12093 Jefferson Avenue.

When he sat down to eat lunch, he scratched his Money Mania ticket and realized he’d won the game’s top prize.

“I couldn’t even eat my lunch after that,” Ibas said.

Ibas is the third person to claim the game’s top prize, which means seven more remain unclaimed. He said he plans to save his winnings for his children’s college.