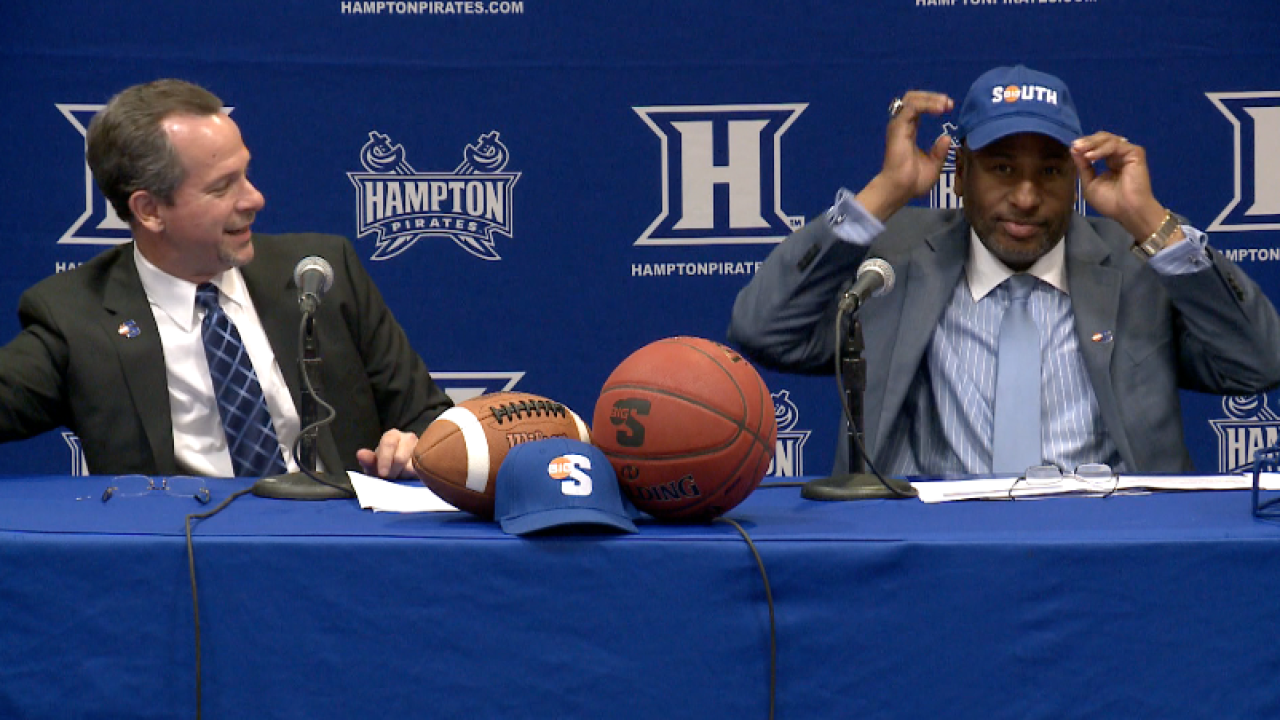 HAMPTON, Va. – The Pirates are free to set sail into the Big South.

Monday, Hampton University announced an “amicable agreement” with its former league, the Mid-Eastern Athletic Conference (MEAC), on terms of separation. Per a release from the university, HU agrees to pay a fine for failing to meet the MEAC’s July 1, 2017 deadline for withdrawal from the conference as it transitions into the Big South.

HU and the MEAC were involved a dispute related to the Pirates’ plans for departure. Norfolk State, Hampton’s longtime conference rival, released its 2018 football schedule last week – and HU was not on the slate for the first time since 1962. According to Hampton, Monday’s agreement “allows for Hampton University and MEAC member institutions to play as non-conference opponents in the future and preserves the traditional rivalries held dear by stakeholders of both Hampton University and the MEAC.”

“We are very pleased with the agreement reached between the MEAC and Hampton University,” Dr. Dennis E. Thomas, MEAC Commissioner, said in a statement. “We wish Hampton University student athletes, coaches and staff continued success in their future endeavors.”