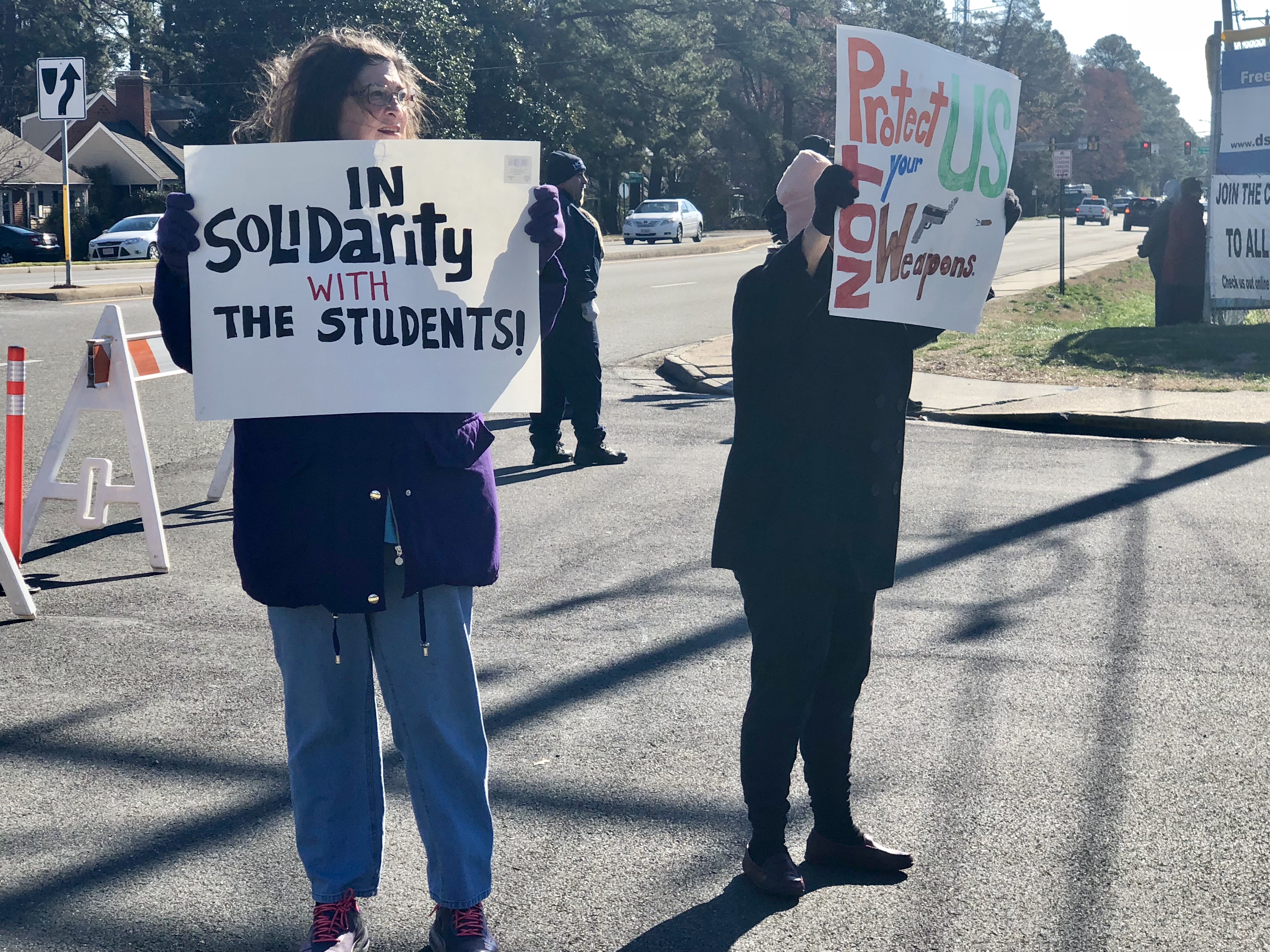 RICHMOND – One month after the massacre that killed 17 students and staff at a Florida high school, Richmond-area students joined their peers across the country and walked out of their schools at 10 a.m. Wednesday to protest gun violence.

The international protest was promoted by EMPOWER, the youth branch of the Women’s March. Students around the world participated in #NationalWalkoutDay by leaving their classes for 17 minutes to honor the 17 lives lost when Nikolas Cruz opened fire at Marjory Stoneman Douglas High School in Parkland, Florida, on Feb. 14.

“We’re taught from Day One to stand up for ourselves. That’s what we’re doing,” Maxwell Nardi, a senior at Douglas. S. Freeman High School in Henrico County, wrote in an essay published in the Richmond Times-Dispatch. “We’re walking out of school to say we’ve had enough. We’re walking out for our lives.”

More than 20 Richmond-area schools participated in the walkout. At Freeman High School, students gathered on the baseball field with signs stating, “Enough is Enough.”

Karen Allen, a mother of three Freeman High School graduates, stood outside the high school holding a sign that read, “In solidarity with the students!” Allen, who has grandchildren in grades ranging from kindergarten to middle school, said she and her children worry about their safety.

“People have stopped listening to adults,” Allen said. “Maybe if the kids come out and say what they think – they’re the ones in danger right now, and they’re having an impact on this nation right now.”

The nation will have another chance to echo their message on March 24 in Washington D.C. at the March for Our Lives, organized by Parkland survivors. So far, about 740 marches have been registered worldwide.

The Richmond March for Our Lives will begin at Martin Luther King Jr. Middle School, 1000 Mosby St., and go across the MLK bridge to the state Capitol grounds before ending at the Bell Tower.

By Sarah Danial and Alexandra Sosik