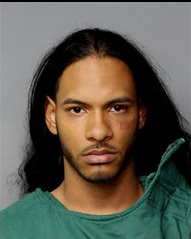 NORFOLK, Va. – A Norfolk man has pleaded guilty to murder and gun charges, according to the Commonwealth’s Attorney.

Kevin Hill was charged with second degree murder and use of firearm in the commission of a felony following the May 23 shooting death of Pedro Cain.

Russell Barrington was 17 at the time of the crime and has been certified as an adult from Norfolk Juvenile and Domestic Relations Court to Norfolk Circuit Court in this case.

Five arrested in connection to Tuesday homicide in Ocean View