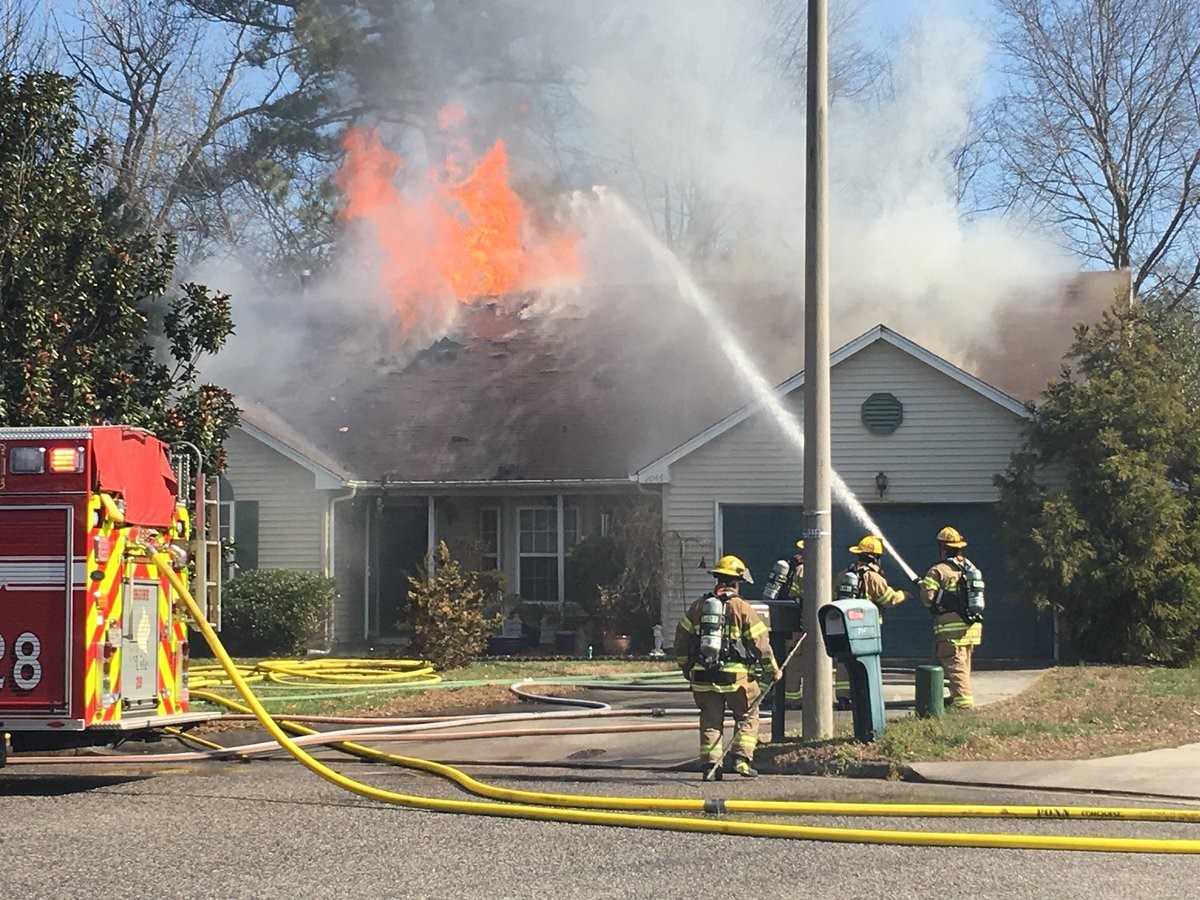 CHESAPEAKE, Va. – Two people have been displaced after a home destroyed by a fire Friday.

The fire was in the 2000 block of Coral Ivy Lane and crews were called to the scene around 11 a.m.

When they got there heavy smoke was seen coming from the home.

Two people were displaced and firefighters rescued two dogs from the fire. Officials said no injuries were reported.