VIRGINIA BEACH, Va. - Amanda Dunford was only seven or eight years old when she learned she had a twin sister.

Adopted from South Korea, her adoptive Mom told her the news, but they all weren't sure how concrete it was. Then came the message: "It says you may be my sister."

"I just shot up out of my bed," said Dunford. She remembered deciding to check her email one last time before bed that night, something she usually doesn't do and it paid off. "I thought 'this is too easy.' I felt like we were going to find each other when we were old and gray and she could be in Korea."

The message was sent by Katey Bennett, who works in hotels in sunny California. Dunford is a Chief Petty Officer in the Navy, currently stationed in Virginia Beach. The two were separated at birth, but reunited 33 years later.

By chance, or fate, they both took a DNA test from 23andMe. Initially, it was to learn about their genetics and to see what diseases or allergies they could be prone to. However, underneath, they were secretly hoping to find a blood relative.

Bennett, who had no idea she had a twin sister was in disbelief when she got her test results.

"It just can't be real. I had gone my whole life with such doubt I'd ever find anyone, blood related to me, that I...I didn't want to be let down, so it was easier to deny it. And say it's not real. Because I didn't want to let my barriers down and really believe it," said Bennett.

But according to 23andMe, they have a 100 percent DNA match.

"We missed 33 years of our lives together but I felt like we just picked it up so easily. We have a lot to catch up on. It's so effortless to talk to her," said Dunford.

The first time the twins talked on the phone, it was for nine straight hours. Neither of them had ever spent anytime close to that on the phone with anyone. Not only is their DNA a match, but their interests are aligned as well.

Bennett laughed as she named off one of them, "We both love Dolph Lundgren, this 80's 90's action star."

"We like True Crime, the darker stuff," said Dunford.

They also have the same mannerisms and share the same sense of humor. All showing how their love connects them despite being on separate coasts and living separate lives.

"It's crazy that you just have this instant love for someone and a connection," said Dunford. 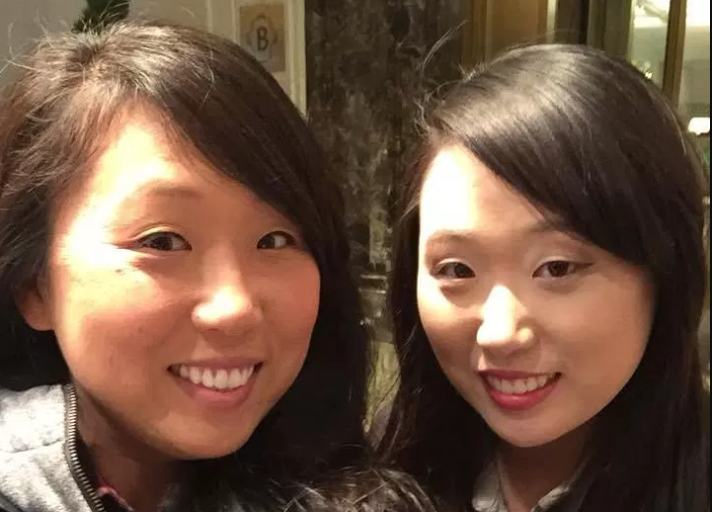