When crews arrived, they found heavy smoke and flames coming from the back of the two-story home.

Firefighters tried to put out the fire from inside the home, but were forced outside when fire conditions worsened.

It took firefighters over three hours to bring the fire under control. The cause of the fire is under investigation.

The residents of the house are displaced and were not home when the fire started.

One firefighter was taken to the hospital with a twisted ankle. 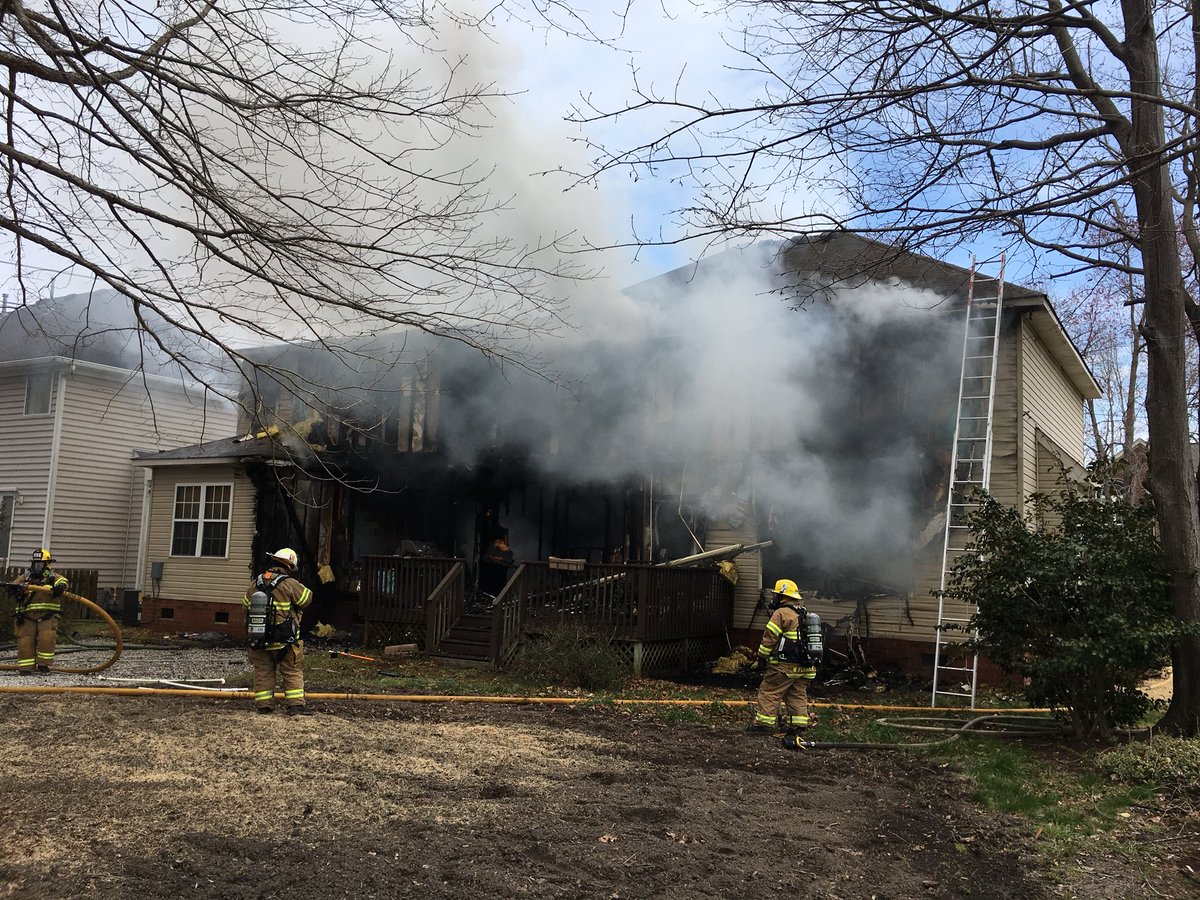