NORFOLK, Va. - Birds fly south for winter. So, when the birds come back north - spring must be close. Monday, we received a surefire sign of spring: a flock of birds known as the Baltimore Orioles, coming north to prepare for the

For the sixth time, the Orioles - MLB club of the Triple-A Norfolk Tides, made a stop in Norfolk on their way home to Baltimore from Spring Training.

Jonathan Schoop's opposite field two-run homer powered the Baltimore Orioles to a 7-6 win over the Tides in front of 9,181 fans Monday afternoon at Harbor Park.

Schoop, who played in 70 games for Norfolk in 2013, knotted the score at 3-3 in the sixth inning with a two-run drive off the right field scoreboard. It was also Schoop's first career home run at Harbor Park, as the nine home runs he hit with the Tides in 2013 all came on the road.

The Orioles broke the 3-3 deadlock with three runs in the eighth and one more in the ninth, lifting Baltimore to a win in its final tune-up before the regular season begins on Thursday at Camden Yards against the Minnesota Twins. Norfolk made the game close with two runs in the last of the ninth, but Andrew Faulkner escaped the threat to earn the save.

Baltimore opens its season Thursday, at home, vs. the Minnesota Twins. Prior to the game, one of the Orioles' biggest stars helped "ring" in the baseball season.

The Tides open their season Friday April 6th, at home, vs. Gwinnett. 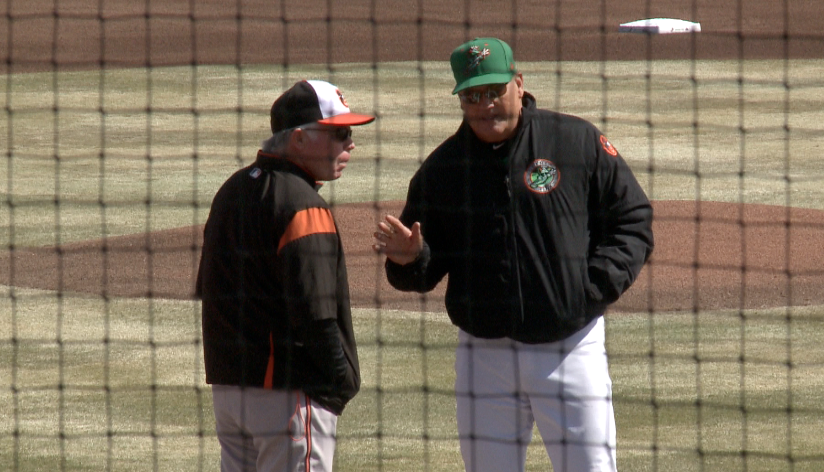