Authorities said the house that caught fire first was most likely unoccupied.

The house to the right of the first home caught fire shortly after. Three adults were inside when the fire started and crews were able to rescue them from the home with no injuries.

Officials were able to determine that the fire originated in the attic of the second home.

On Thursday, officials ruled the fire accidental. They said that someone was seen burning trash behind the home earlier that night, which is believed to have started the fire.

Just walked to the other side. This looks to be the front of the home. Much less smoke here. Home appears destroyed as it’s down to the frames. https://t.co/cAux0I5egr pic.twitter.com/btHYVvB195 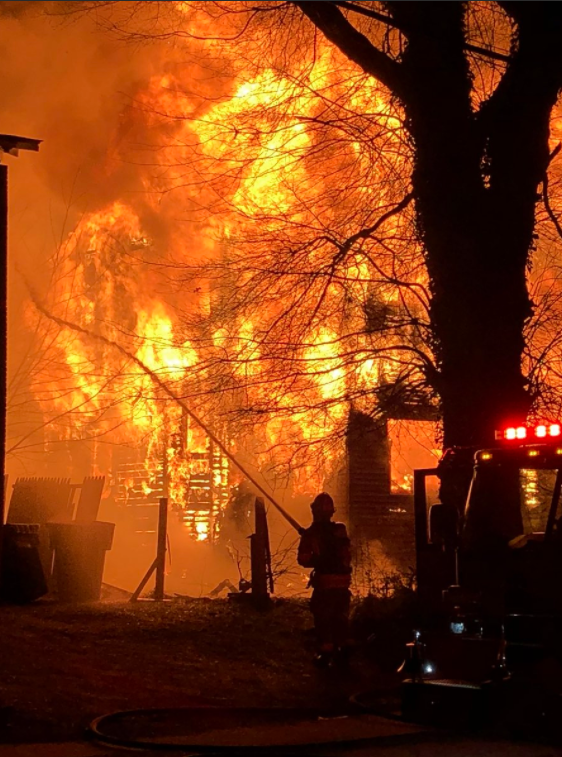