VIRGINIA BEACH, Va. - It was an hour of sadness, split seconds of roaring laughter and moments of silence to honor Lt. Cmdr. Brice Johnson and Lt. Caleb King.

To the world they’re known as two American heroes who were taken too soon, but to their 600 brothers and sisters in arms who gathered in this chapel Friday to celebrate and remember them - along with their family and friends -  we learned through stories told that they were so much more.

“My aviators will carry the memory of those two aviators in their hearts forever,” said Captain James McCall, Commander Carrier Airwing 8.

Inside the chapel on good Friday, near the front gate of naval air station Oceana, there wasn’t a single empty seat

Both men were killed when their jet crashed one mile off the runway during a training mission in Key West Florida.

A fellow squadron member spoke about Johnson whose flight nickname was ‘drama’ during the service.

He joked that Johnson like to listen to Taylor swift before flights.

He described the last text the team received from Johnson before his final flight- as one of the senior officers, he had offered to do the group's grocery shopping when no one else wanted to as soon as he returned.

He said that’s the person he was, always taking care of us.

One of the men who remembered King, whose flight nickname was "She-Ra," said he could only hope to be as great of a husband and father as King was.

He joked about his obsession with gym room edict and his gift of pranking members of the squadron, telling the room that King pushed all of them to be their best.

“There won’t be a day they don’t remember the loss of those fine Americans,” McCall said.

After the memorial, the Blacklions flew over the chapel for an aerial salute in the "Missing Man" formation.

“One of the four aircraft will depart the formation point towards the heaven and fly upward - a symbolic gesture to recognize that we have lost in this case two aircrew and that they’ve gone on to a bigger and better place,” McLaughlin said

Their families ask anyone wanting to honor Johnson's life to make a donation in lieu of flowers either to the Navy Wingman Foundation at www.wingmanfoundation.org or to Camp Wapiyapi, which is a summer camp for children facing pediatric cancer and their siblings at no cost to their family. Donations may be mailed to 191 University Blvd, Denver CO 80206 or online via www.coloradogives.org/wapiyapi/overview

Donations in lieu of flowers can be made in King's honor to a 529 plan to benefit his daughter, Rain. In response to the tragic loss, the Red River Valley Fighter Pilots Association (RRVA) with the Air Warrior Courage Foundation (AWCF) has established a college savings 529 plan to accept tax deductible contributions for Rain’s education.

There are two ways to give:

Lt. Cmdr. Johnson, who was laid to rest last week in Virginia Beach, was an Air Force Academy graduate.

Most recently, he deployed in January 2017 and carried out strikes against ISIS in Syria and Iraq.

He also deployed in January 2017, carrying out strikes in support of Operation Inherent Resolve.

Both have been called living models of what honor, courage, and commitment really mean.

For the military community nationwide, this is a tragedy.

The cause of their jet crash is still under investigation. 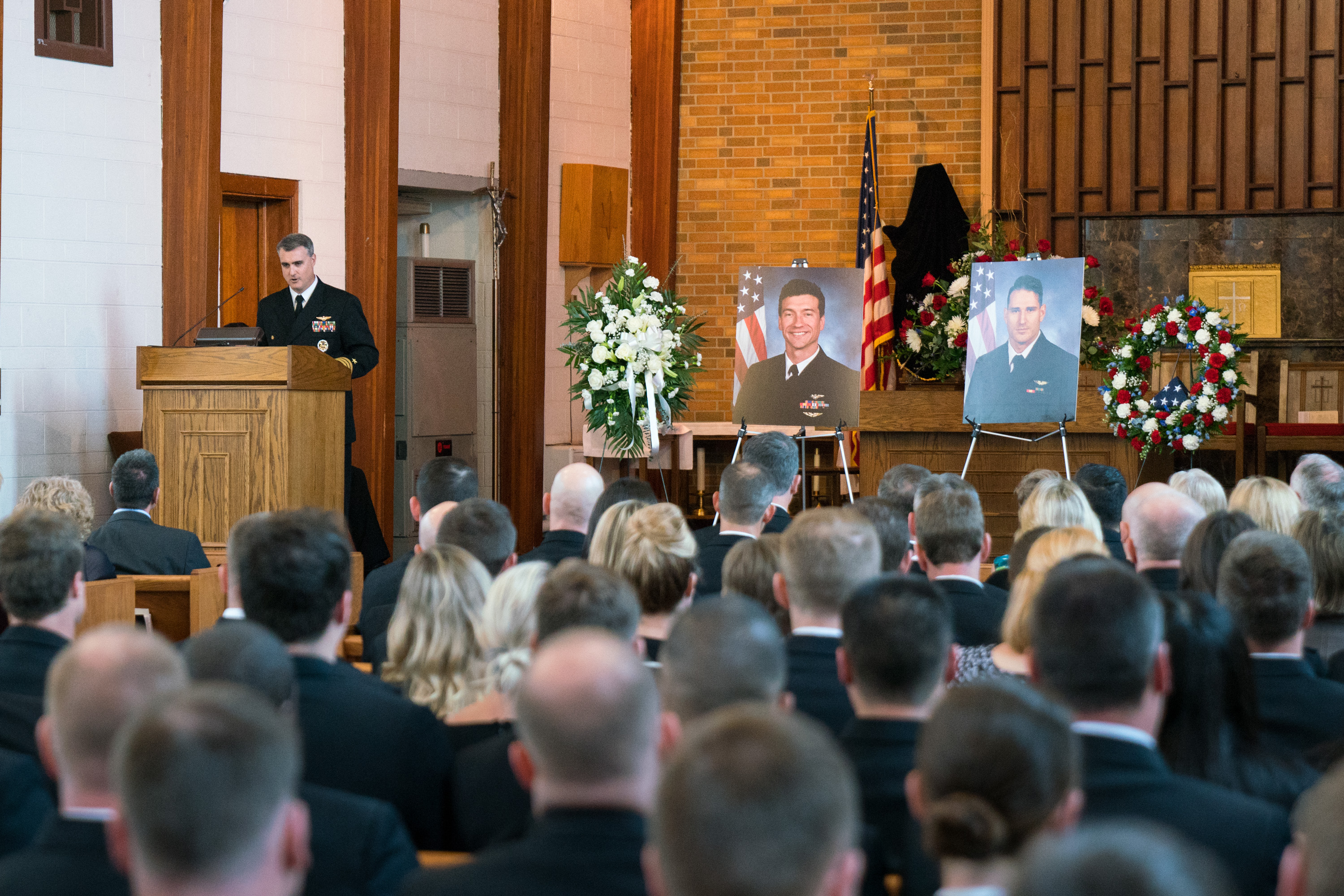