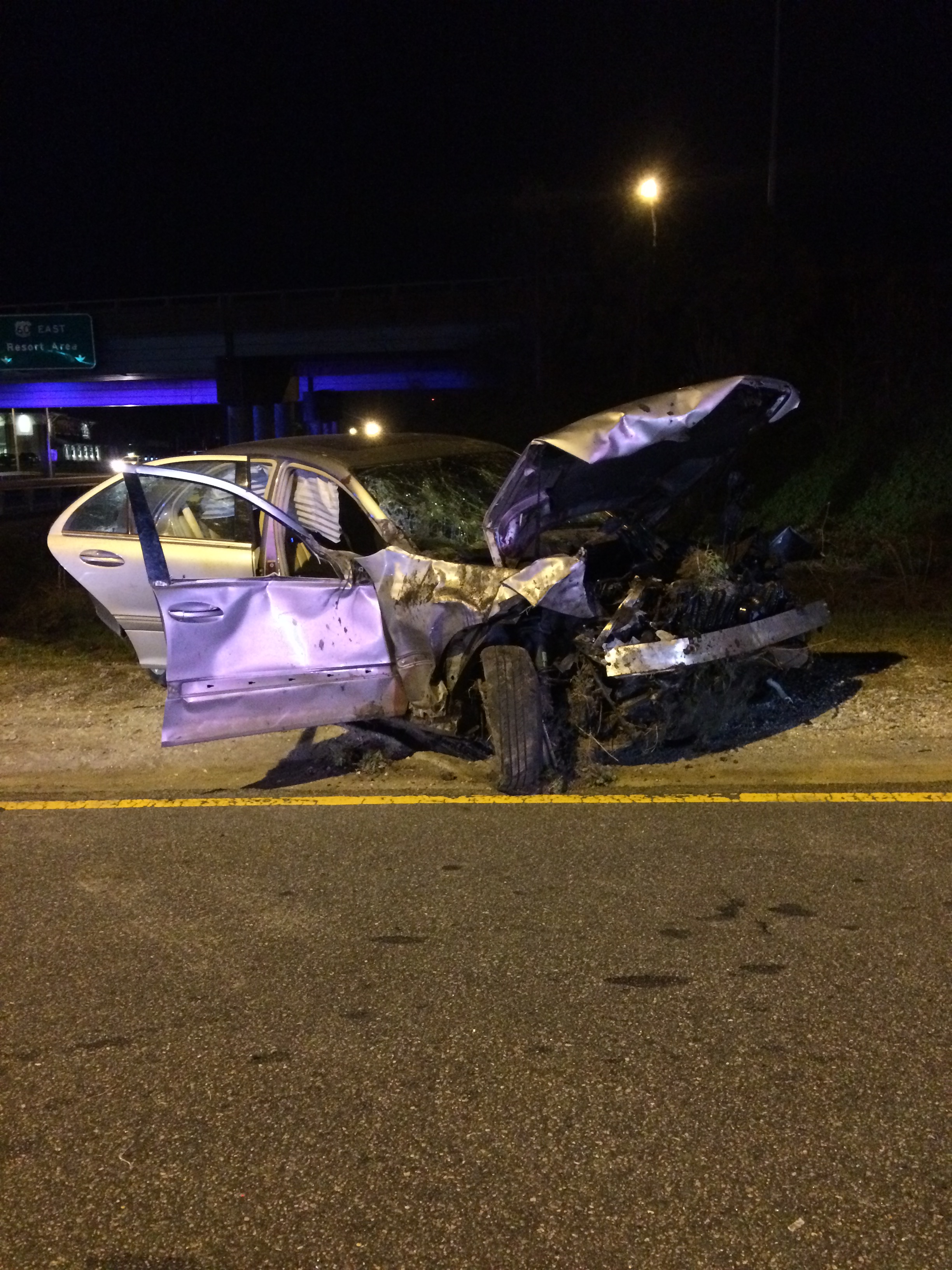 VIRGINIA BEACH, Va. — A man is dead after a police pursuit that started in Norfolk and ended in Virginia Beach late Thursday night.

Officials say around 11:22 p.m., a Trooper observed a 2006 Mercedes Benz stopped in the northbound lane of Northampton Boulevard in Norfolk. As the trooper passed the stopped vehicle, his license plate reader signaled the Mercedes to be stolen.

The trooper circled back around and activated his emergency equipment. Once activated, the male driver pulled off at a high rate of speed down Northampton Boulevard. Troopers say he reached speeds up to 100 miles per hour, says a release.

The driver later exited the on-ramp from Northampton on to Shore Drive, lost control of the vehicle and crashed into a cemented barrier.

The driver was pronounced dead on scene.

State Police say the 2006 Mercedes Benz was confirmed stolen from the city of Virginia Beach on March 28, 2018. The driver also was in possession of a stolen firearm out of North Carolina, and illegal narcotics.

Alcohol did not play a factor into the accident. The driver was not wearing his safety belt at the time of the accident.