Local, national landmarks “Light It Up Blue” in honor of Autism Awareness Month 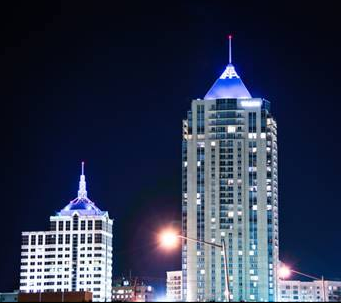 For the sixth year in a row, several buildings in  Virginia Beach and the United States will “turn blue” at dusk on April 2.

The “Light It Up Blue” campaign, sponsored by Autism Speaks, helps raise awareness for more than 70 million people around the world with autism.

“I am pleased that the City of Virginia Beach can support this worthy effort,” he said.  “Autism Spectrum Disorder affects more than 2 million individuals in the U.S. and tens of millions worldwide. Those are astounding numbers and we’ve got to do everything we can to address this problem.”

On Monday, blue lighting will be turned on simultaneously at the following locations throughout Virginia Beach:

The Wells Fargo Center building in downtown Norfolk will illuminate the skyline blue.

Throughout the month of April, people can show their support by getting involved in four ways: