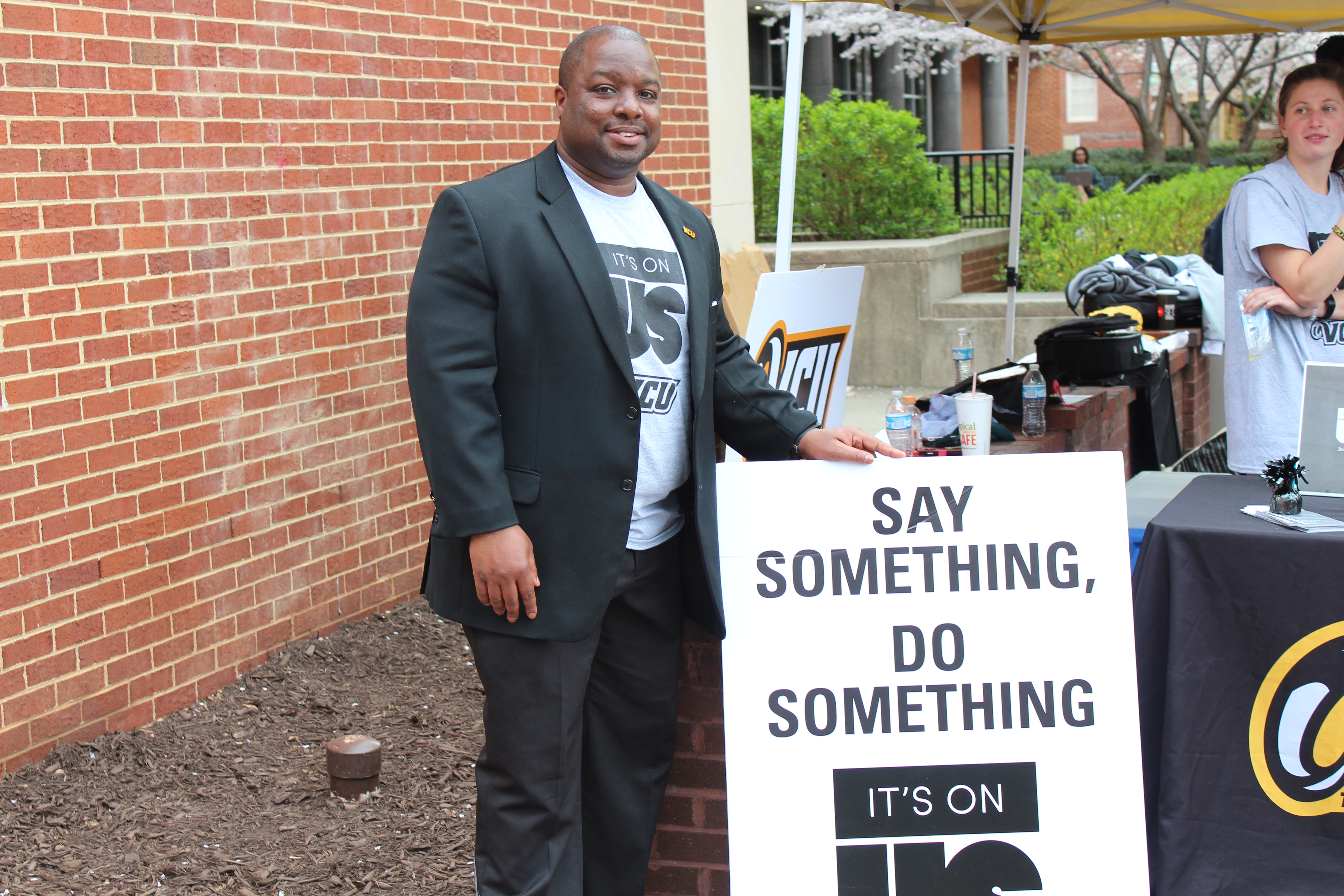 RICHMOND — Virginia Commonwealth University student-athletes collected more than 300 signatures Wednesday from students, faculty and staff who pledged to do their part to stop sexual assault on campus.

The event was part of the national “It’s On Us” movement that began in 2014 with a goal of changing conversations surrounding sexual assault. Since its launch, the campaign has accumulated almost 300,000 pledges.

Binal Patel, who double majors in chemistry and biology, said she felt empowered and as if she was standing up for something she believed in when she pledged by signing her name on a banner.

“I have had a personal connection to the topic. I believe that anyone who has experienced sexual assault, or knows someone who has, should speak up and tell someone,” Patel said. “Sexual assault is never acceptable, and I believe individuals who have faced it should always be supported.”

Director of Student-Athlete Development Artis Gordon helped organize the VCU event, which coincided with Sexual Assault Awareness Month and the “It’s On Us” Spring Week of Action. Gordon described “It’s On Us” as an initiative to raise awareness that “it’s on all of us to not be bystanders and be part of the solution.”

Alaina Madeline is the president of the VCU Student-Athlete Advisory Committee and one of several student-athletes who helped during Wednesday’s event. She said the campaign has been happening on campus annually since 2014 and the banner will be displayed as a reminder to those who made the commitment.

For more information or ways to donate to the national campaign, visit the “It’s On Us” website.