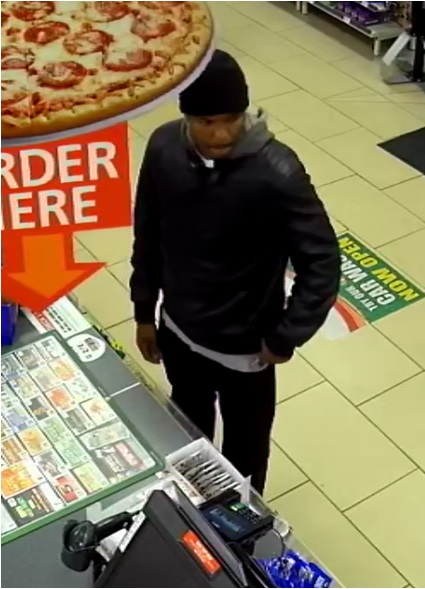 NORFOLK, Va. – Detectives with the Norfolk Police Department are asking for the public’s assistance in locating a suspect who robbed a delivery driver at a 7-Eleven in the 700 block of Boush Street Friday morning.

Authorities say the incident happened around 5 a.m. The suspect reportedly approached a delivery driver in front of the store and demanded money before repeatedly striking the victim on the head with a gun and fleeing the area. The delivery driver was treated for non-life threatening injuries.

The suspect is described as a black man in his late 20s to early 30s who is approximately 5’8″ to 6′ tall and has facial hair. He was last seen wearing a black leather jacket, dark jeans and light-colored sneakers.