CHESAPEAKE, Va. - Firefighters worked to put out a fire at a convenience store on 1268 Great Bridge Blvd in the Crestwood section of Chesapeake.

Video tweeted by the Chesapeake Fire Department shows smoke and flames coming from Roundtree's Variety Store, which officials confirmed in a press release was brought under control around 4 p.m.

Firefighters went into the building and began to fight the fire, but due to the size and intensity they were forced out of the building.

One person was in the store at the time and was able to get out of the building and call 911.

Public Works is expected to demolish the building to eliminate its possible collapse, which would be a safety hazard, according to Chesapeake city officials.

Some fire crews are still on-scene working on hot spots that still exist.

The cause of the fire is still being investigated. 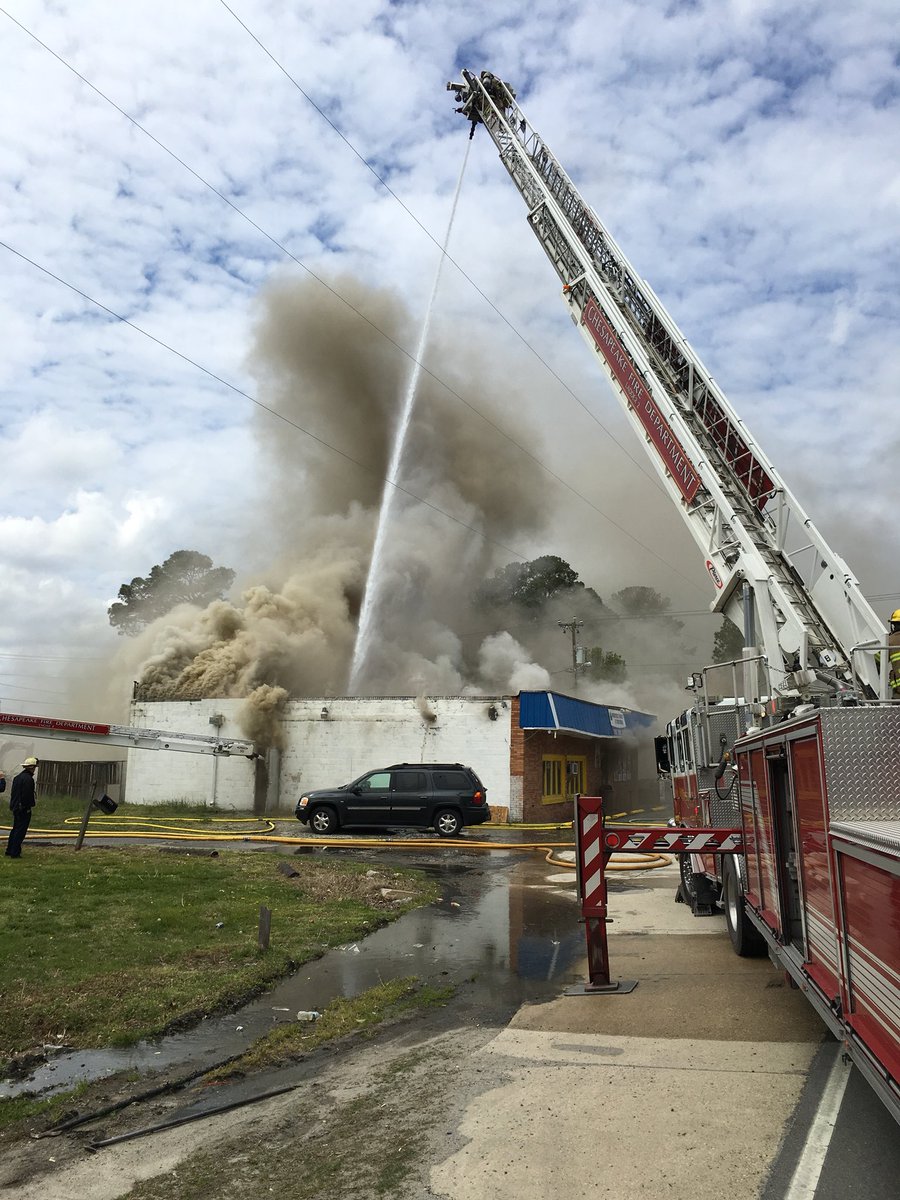