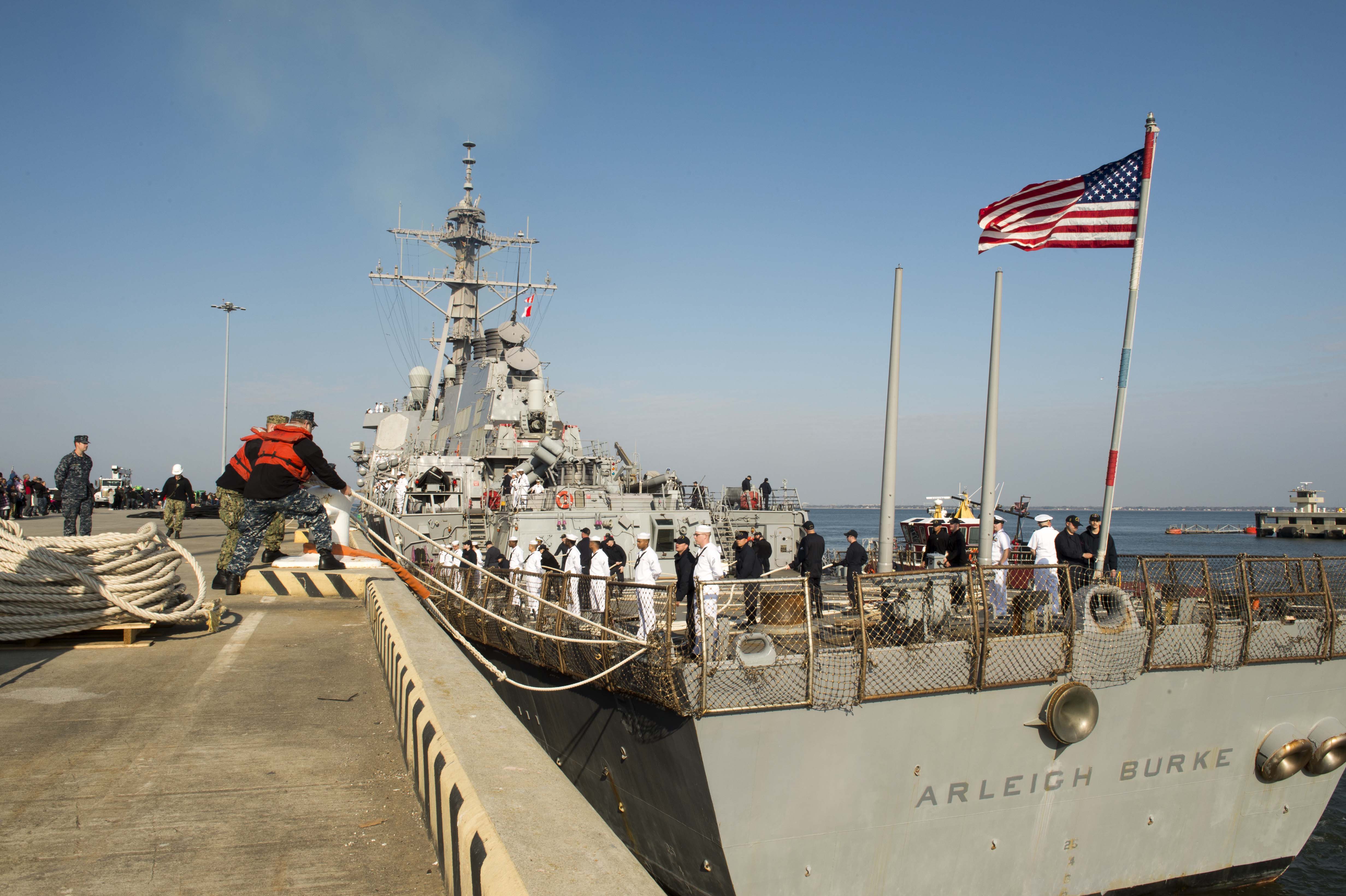 The Sachsen-class German frigate FGS Hessen (F 221) is also operating as part of the strike group during the first half of the deployment.

Guided-missile destroyers USS Jason Dunham (DDG 109) and USS The Sullivans (DDG 68) are slated to deploy from their homeports and rejoin the strike group at a future date.

The deployment is part of a regular rotation of forces to provide crisis response capability and increase theater security cooperation and forward naval presence in the U.S. 5th and 6th Fleet areas of operation.