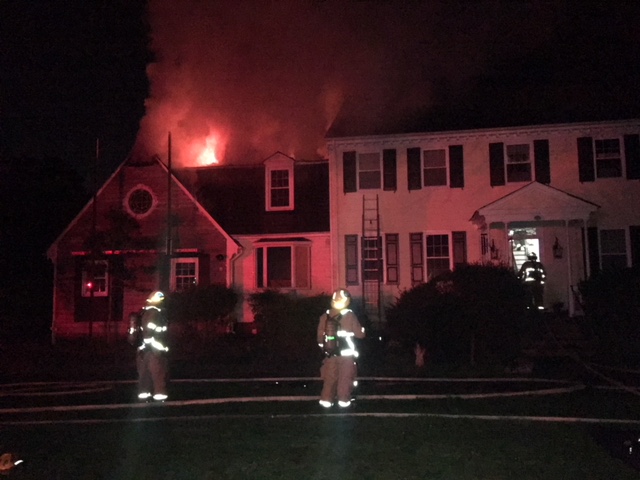 SUFFOLK, Va. — Two people were displaced after a fire broke out in their home on Tuesday night.

Dispatchers received a call just after 10:30 p.m Tuesday night about a house being on fire in the 5900 block of Bennetts Creek Lane.

First units arrived on scene at 10:40 p.m and found heavy fire showing from the roof of a two-story home.

Officials say the two occupants had evacuated when fire rescue arrived on scene.

The cause of fire is being investigated by the Fire Marshal.