CUMBERLAND COUNTY, Va. -- On the anniversary of their deaths, the family of two sisters killed in a car accident will memorialize them through a future scholarship fund, according to CBS News 6.

Michaela, 16 and Tyauna Woodson, 14, were killed April 26, 2017 when their car crashed into the Willis River off Bonbrook Road in Cumberland County on their way to school.

Their mother, BreAnne Woodson, a teacher at their Cumberland High School, grew concerned when the girls didn’t show up to class.

“I started panicking, like where are they?” said Woodson. She left school to look for them.

“As I come around the curve and approach the bridge, I see what looked like something had exploded, parts all across the bridge,” said Woodson. “There’s still a whole bumper of a car still in tact,” she explained.  “As I get out and look, I know it’s my bumper to my vehicle because I had personalized plates.”

“I knew that the car was in the water and there was no way that they could still have been alive,” said Woodson.

Six long hours passed before the sisters were pulled from in the river.

“It’s been like living a nightmare every day,” Woodson explained.

But, Woodson says she has to get out of bed in the morning for her two other children.

“I can kind of hear them in my head saying momma don’t give up, you still have Darren and Bren. You still need to show up for life and make sure they are taken care of,” Woodson said. 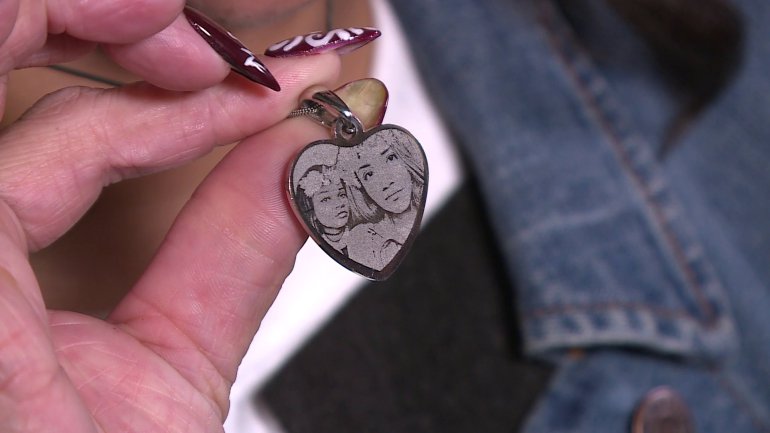 Woodson said her family and her Cumberland County community have also helped get her through the tragedy.

The family dedicated this anniversary week to the girls with a “Memorial Week” at Cumberland High School.

“Every day was themed something with the girls and what they liked to do,” she said. “Every student that participated pays a dollar and that money is going to the scholarship fund. They’ll always be a part of Cumberland High School.”

The family hopes to raise enough to award two students with $10,000 each toward college each year starting in 2019.