‘Skins scoop: Did Redskins roll the dice on Guice? 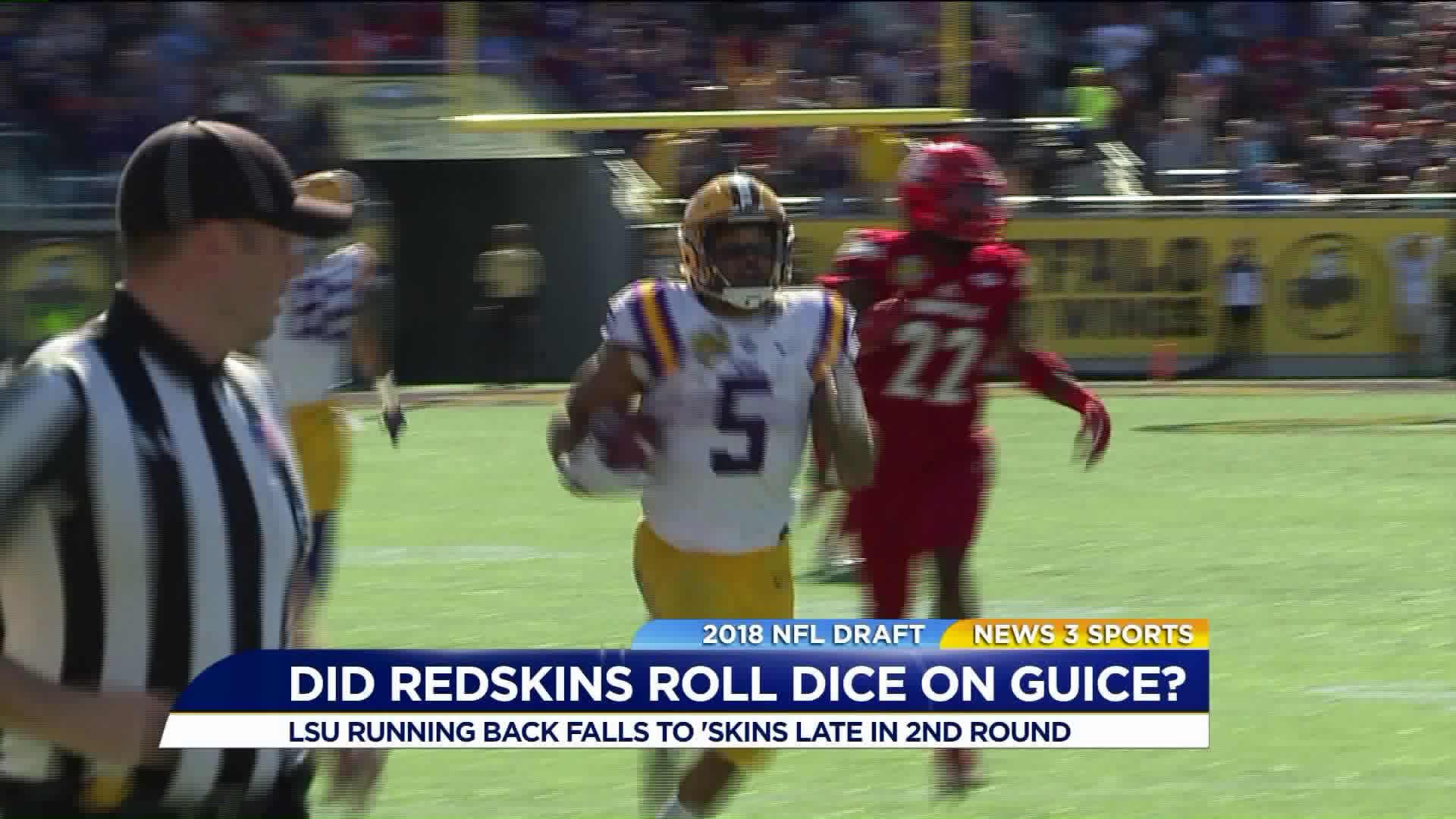 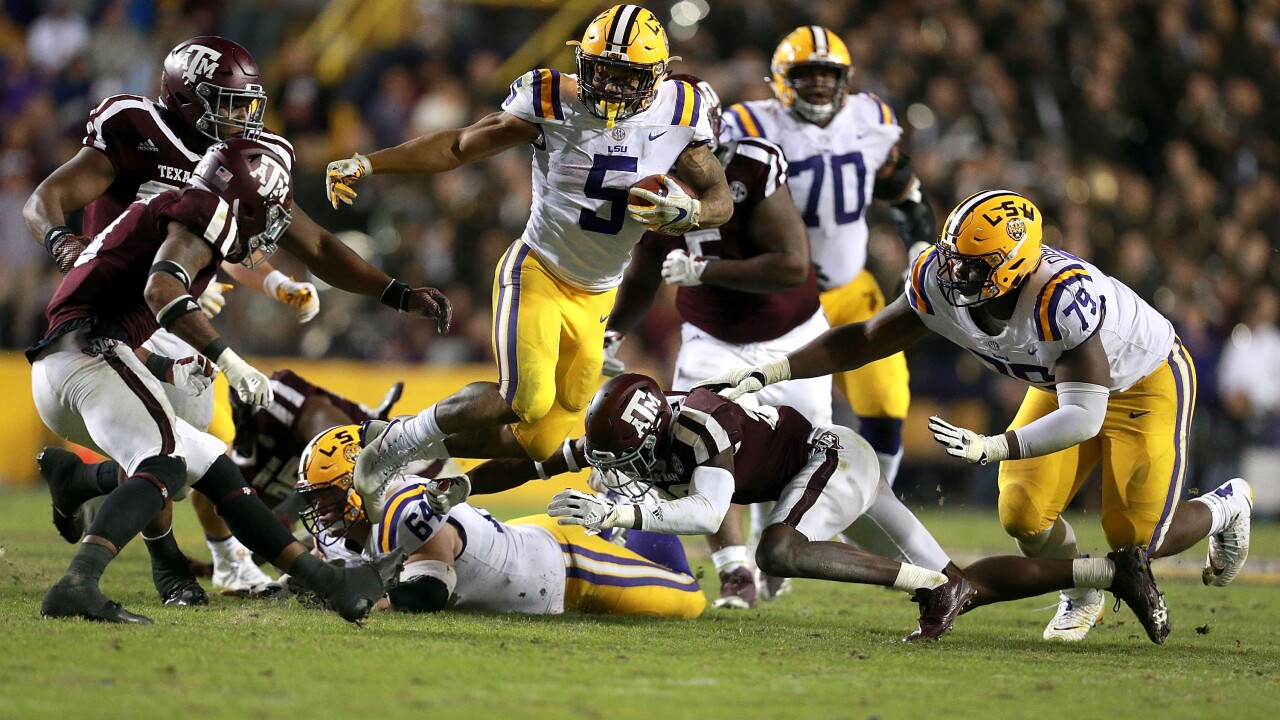 LOUDOUN COUNTY, Va. - The Redskins hope last weekend was the only time Derrius Guice will be associated with losing ground or going backwards.

Projected as a first round pick in the 2018 NFL Draft, Guice - who rushed for the 5th most yards in LSU history (in only three seasons), fell to late in the second round - pick number 59. That's where the Redskins, who traded back from pick 44, selected him.

The Redskins say they were never scared-off by Guice's reported off-the-field issues - allegedly revolving around his attitude and behavior. The team says it had "inside information" to steer them in the right direction. The source? A man near the top of the 'Skins decision-making pyramid: Doug Williams, Senior VP of Player Personnel.

"Where Guice is from, I’m from the same area basically," Williams, who grew up 20 miles from Guice's hometown, said. "I knew Guice. I know who he is. What influenced us is the information that we had gotten from him and the people around him. We had a lot of sources that we talked to. I think you’ve got to give the kid some credit to say that from where he comes from and what he’s accomplished and what he’s done, let me take it from that standpoint."

Guice joins a backfield consisting of Chris Thompson, Rob Kelley, Samaje Perine, Kapri Bibbs, Byron Marshall and Keith Marshall. A year ago, the Redskins had the fifth-worst rushing offense in the NFL.