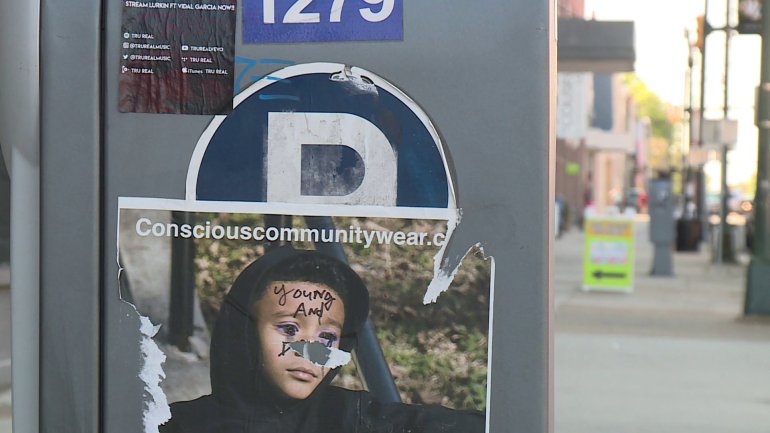 RICHMOND, Va. – A local CEO is apologizing after his company illegally plastered advertisement posters on private property around Richmond, according to CBS 6.

Kevin Hall, CEO of Conscious Community Wear, says he accepts full responsibility and plans on removing the unwanted ads glued around the city.

“My team is going to have those posters removed,” said Hall. “We were unaware what was going on. We do know we put poster flyers out there but unaware of how they were being done. So, we will rectify that. I want to make that clear.”

CBS 6 recently talked to a local business owner who said he spent 30 minutes scrubbing off the flyer that was glued to his Broad Street business.

“It seems a little bit hypocritical to have a company called Conscious Community and then use vandalism and trespassing as your marketing technique,” said business owner Kurt Engleman.

Under Richmond city code, the unauthorized posting of a handbill on public or private is considered a nuisance and if convicted is punishable by fine.

“We’re not out here to be a nuisance,” said Hall. “We’re not criminals.”

The business owner said he didn’t see CBS 6’s requests for comment on the story until Tuesday morning. He also said he’s going through unread complaints from upset residents and business owners.

Hall said his clothing company prides itself on giving back to the community and something like this won’t happen again.

“We’re out here doing different things such as feeding the homeless,” said Hall. “I don’t want that being overshadowed by a few posters that went up trying to brand our brand.”

The CEO said Conscious Community Wear is less than a year old and the ordeal has been a learning experience.