CURRITUCK COUNTY, N.C. – A woman caught driving a stolen vehicle at speeds over 150 mph before flipping it on a North Carolina highway was arrested Wednesday after the crash.

North Carolina State Police tell News 3 a trooper spotted an Acura on Rt. 158 (Caratoke Highway), traveling 73 mph in a 55mph zone. The trooper ran the vehicle’s plates and noticed it was reported stolen out of Pasquotank County.

The trooper attempted to pull the vehicle over, but the driver refused.

Instead, the driver increased the vehicle’s speed, getting it up to 150 mph. That’s when the driver crossed into the center turning lane to pass slower traffic and lost control of the vehicle.

The car hit a ditch and flipped, landing approximately 295 feet away on its side. 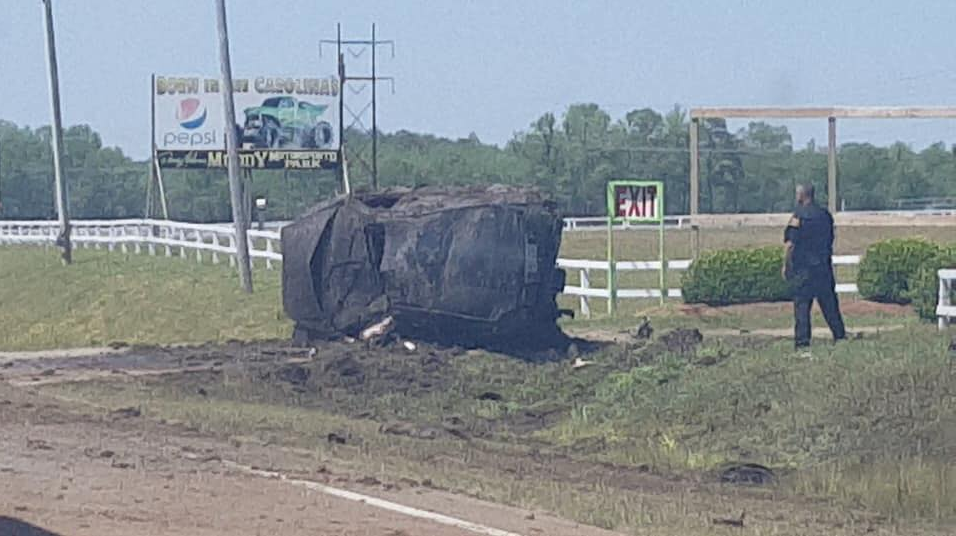 Six people were in the vehicle, ranging in age from 16 to 20. All suffered non-life threatening injuries.

The driver, 20-year-old Savannah Spruill, was arrested and charged with operating with no license, speeding 150mph in a 55mph, passing in center turning lane, reckless driving and felony speed to elude.

Other charges are pending for the stolen vehicle.