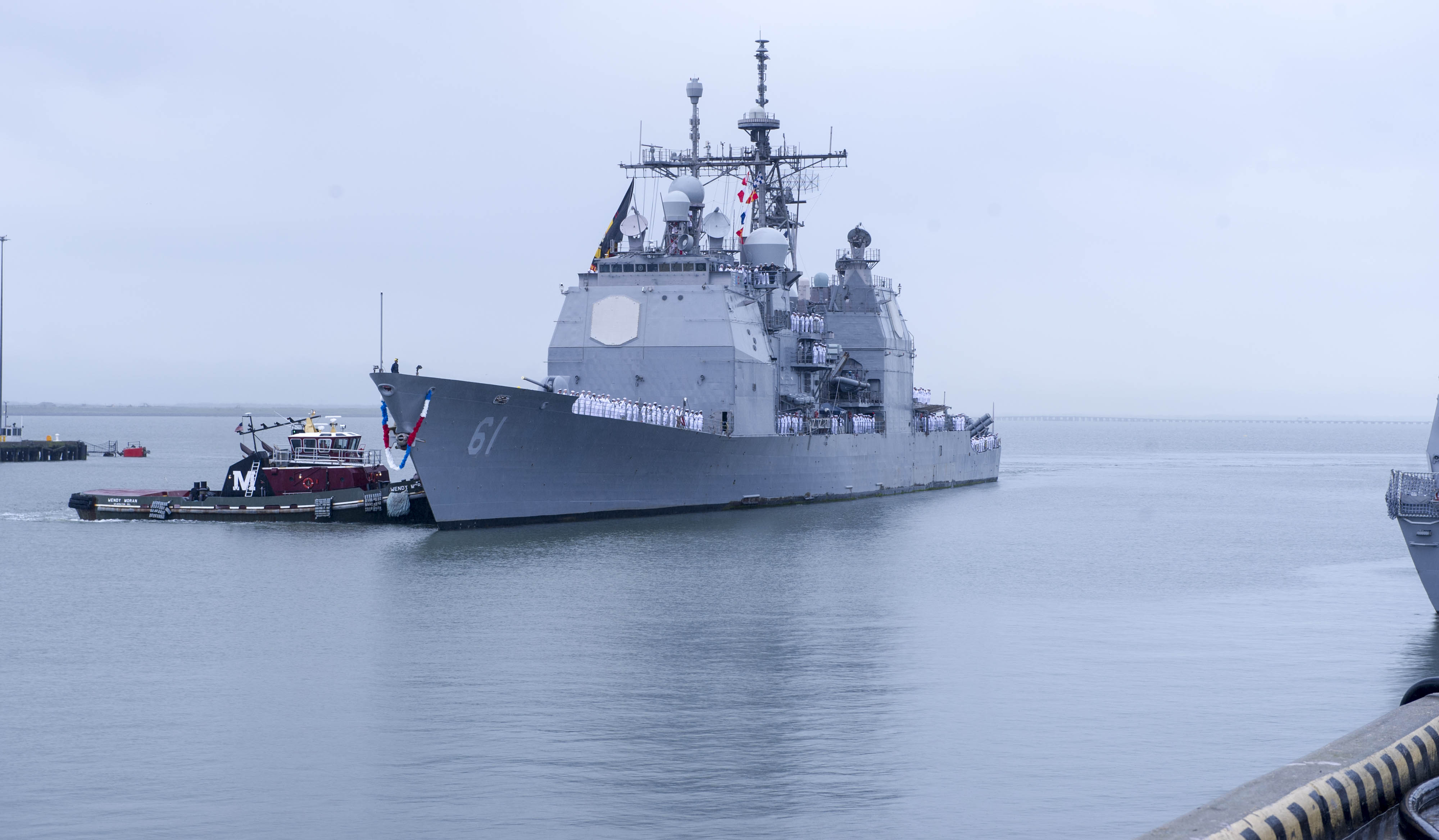 The Ticonderoga-class  guided-missile cruiser USS Monterey (CG 61) returned to Naval Station Norfolk on Sunday after a seven-month deployment to the U.S. 5th and 6th Fleet areas of operation.

The Monterey left on the surge deployment in mid-October as one of two ships sent to the area to cover gaps left by the USS Fitzgerald and USS John S. McCain after they were damaged in collisions with merchant ships.

Watch footage from the homecoming below!