The Washington Capitals celebrate moving on to the Eastern Conference Finals. (Photo by Gregory Shamus/Getty Images)

PITTSBURGH, Pa. – For the first time since 1998, the Washington Capitals are one step away from the Stanley Cup Final.

Monday, the Caps beat Pittsburgh 2-1 in overtime to clinch the best of seven series, 4-2. It’s the first time in the Alex Ovechkin era Washington has defeated the Penguins, the two-time defending Stanley Cup champion, in the Stanley Cup playoffs.

Evgeny Kuznetsov scored at 5:27 of overtime to propel Washington to the win. The Caps advance to face the Tampa Bay Lightning in the Eastern Conference Final. The winner advances to the Stanley Cup Final. 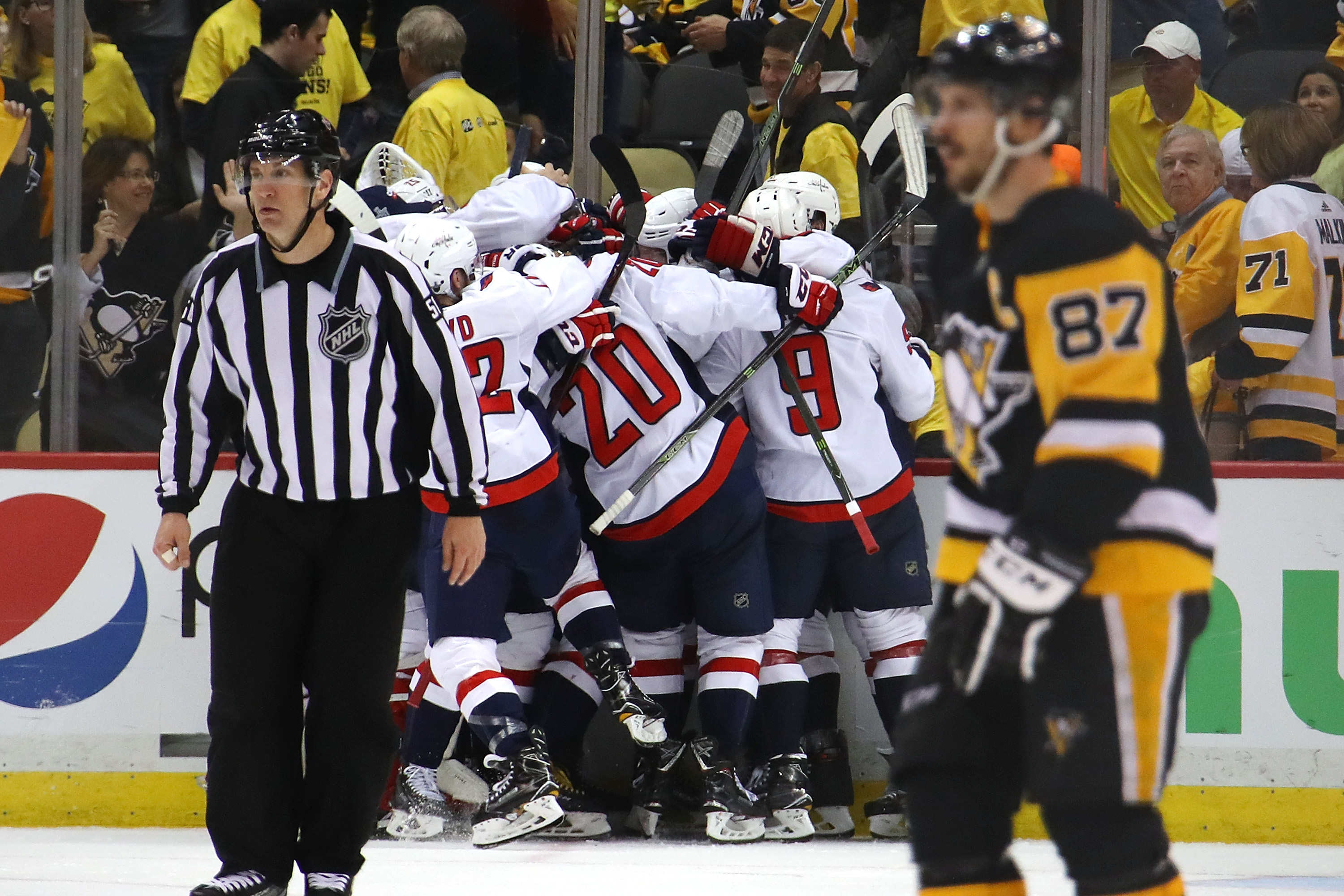