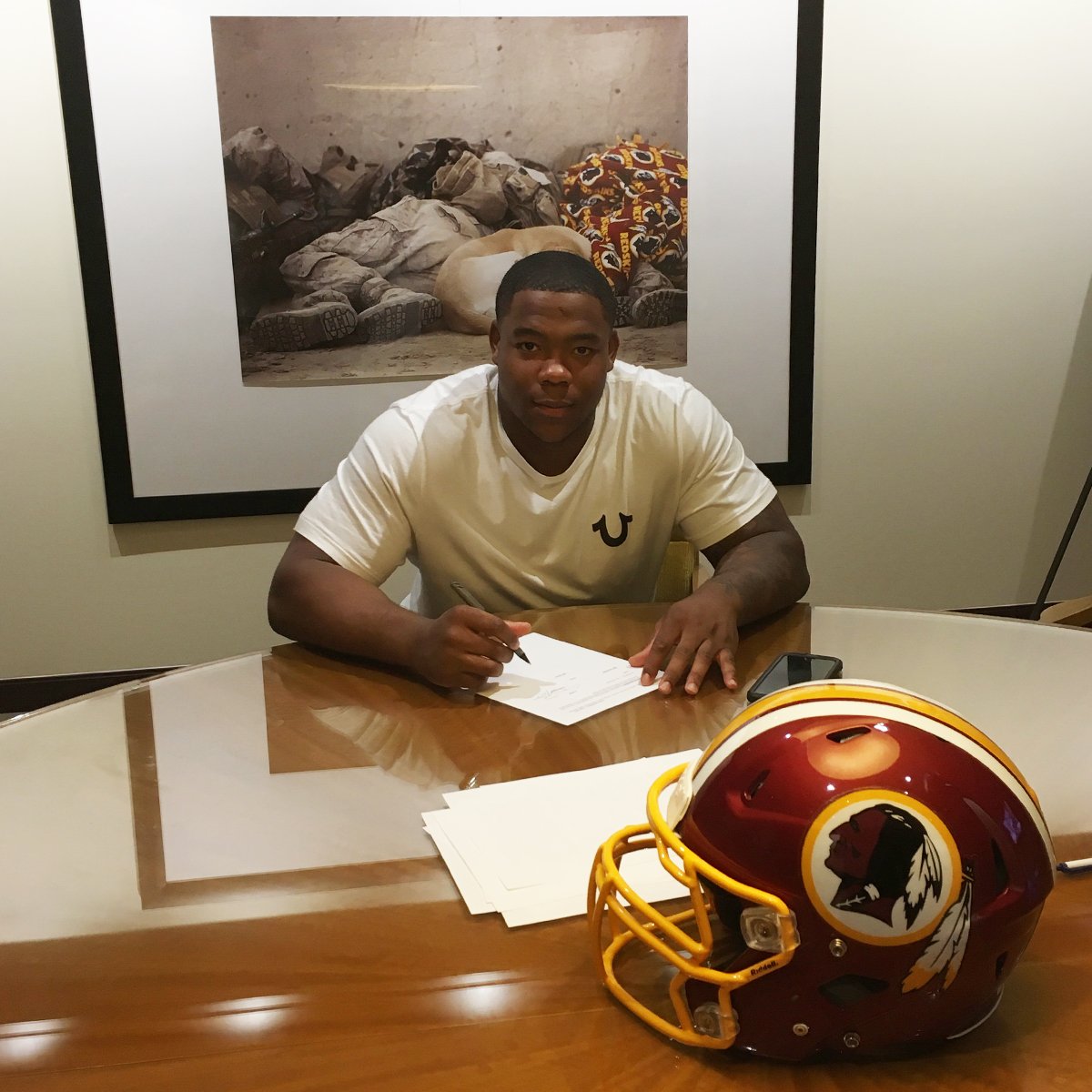 LOUDOUN COUNTY, Va. – Before the pads go on Friday for rookie minicamp, the Redskins put pen to paper for seven of their eight draftees. The lone

member not to sign yet was third-round selection, offensive lineman Geron Christian, which happens routinely with third round picks.

Rookie minicamp will take place at Redskins Park May 11th-13th.

The #Redskins signed first-round DT Da’Ron Payne to a 4-year contract worth $14.4M, source said, all fully guaranteed. He got a $8.56M signing bonus, so adjust your spreadsheets or trackers accordingly.