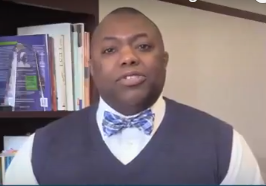 Dr. Parker will make the move from Caroline County Public Schools where he currently serves a superintendent of that district since July 2015.

“I am excited to join the Newport News team and build on the continued success of the school division,” said Dr. Parker.

Among Dr. Parker’s many accomplishments has been the implementation of a division-wide elementary and middle school writing program to improve student achievement, and increased student access to gifted services, according to Newport News Public Schools.

“Dr. Parker brings a wealth of experience to Newport News Public Schools having served diverse student populations in Virginia Beach and Caroline County. He has increased access to college and career opportunities; expanded STEM education initiatives; increased student access to technology; and partnered with businesses for student internships,” said School Board Chairman Gary Hunter. “Under his proven leadership, Newport News Public Schools will continue to be an innovative and transformative school division.”

The district said in a release about Dr. Parker’s hiring that the Newport News School Board conducted a national search to fill the superintendent position after the retirement of Dr. Ashby Kilgore in February 2018. The search included 44 applicants from 32 states including 13 from Virginia.