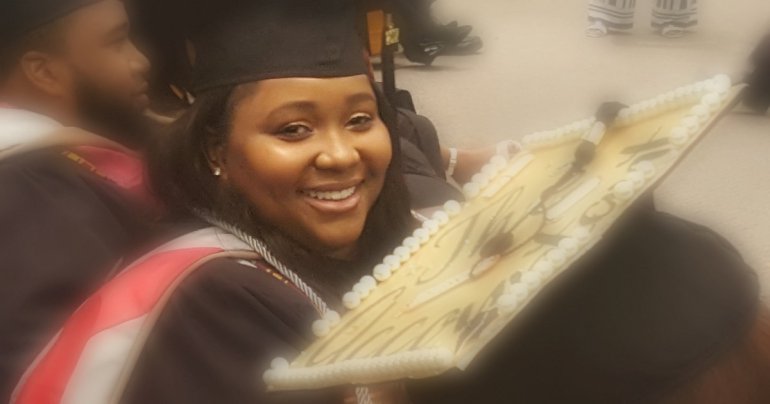 RICHMOND, Va. — Virginia Union graduate Tanna Gardner and her friend Sharayne Holland were murdered on Interstate 95 in Richmond on Mother’s Day 2017. One year later,  their killer — or killers — remain free, according to CBS 6.

“I believe these people are still down there. Still going to parties. Still walking around like nothing happened,” Tanna’s father Don Gardner said Monday. “I don’t understand it. You have to have a conscience. Somebody has to call and tell police ‘I know who did this.’”

Gardner and Holland were with a group of friends celebrating Gardner’s college graduation earlier that day.

After the celebration, police believe their group got into an argument with another group outside in a Shockoe Bottom parking lot.

As Gardner, Holland, and their friends drove away from Shockoe Bottom and into I-95, another vehicle — a white four-door sedan — pulled up and someone inside the car opened fire. Gardner, 23, and Holland, 26, were killed. Others in their vehicle were hurt.

“We’re still grieving,” her father Don said on the solemn anniversary. “Her life was cut so short.”

Don Gardner said police still hoped  someone would come forward and provide a tip that helped lead investigators to the people responsible for Tanna’s death.

“What happened [to Tanna], it can’t go unanswered,” he said. “We need to make sure people remember this. That people realize [what happened].”

Since his daughter’s death, Gardner said he has heard from people around the world. Many have offered to lift him up in prayer, others have donated money to a $75,000 reward fund.

Anyone who may have witnessed the shooting or has information was asked to call Virginia State Police at 804-553-3445. You can also call an anonymous tip line at  804-780-1000. News tips and photos can be sent here.