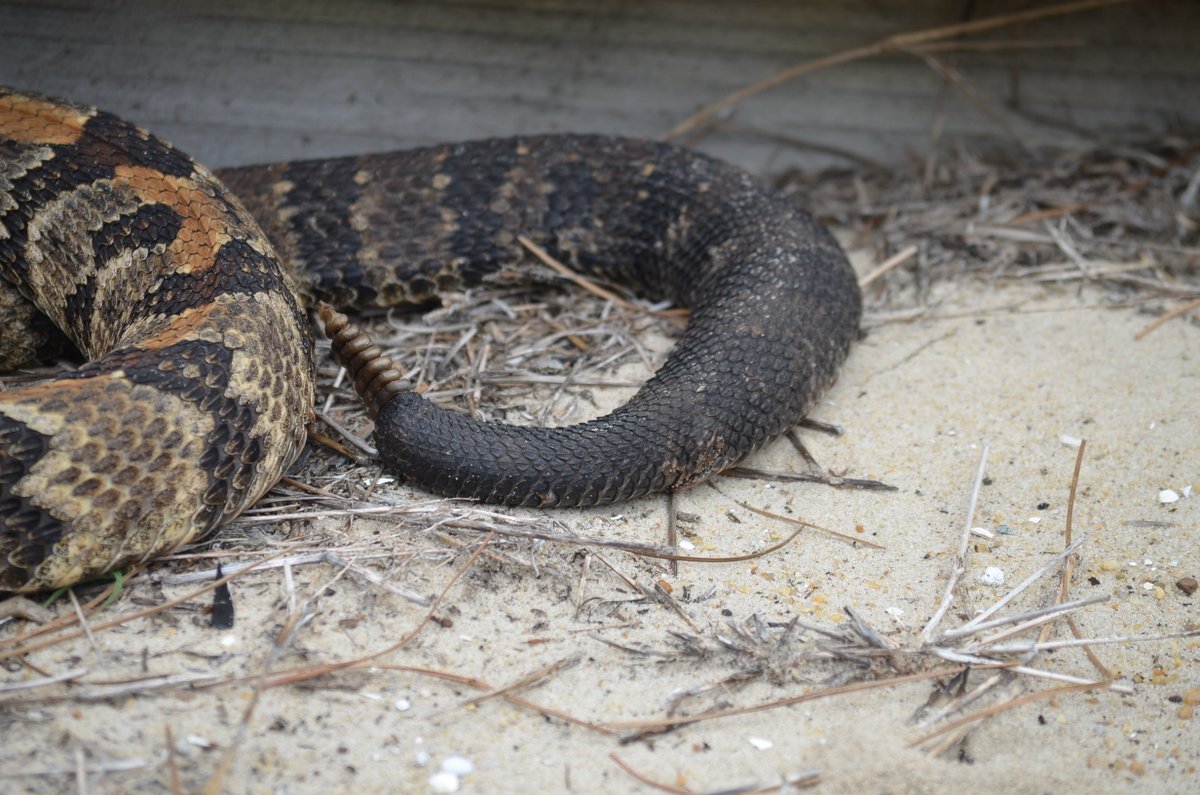 Staff at the Cape Hatteras National Seashore spotted the canebrake timber rattlesnake outside a park staff building near the entrance to the Bodie Island Light Station.

Park officials said that rattlesnakes are not typically aggressive and only strike when threatened or deliberately provoked, but given room they will retreat.

Most snake encounters occur between the months of April and October when snakes and humans are most active outdoors.

While rattlesnakes might seem uncommon near the ocean, the canebrake rattlesnakes are widespread throughout the Coastal Plain region of the Southeast, according to herpetologists.

Its range extends to Virginia but is limited to the lower York-James peninsula (i.e. York County, cities of Newport News and Hampton), Isle of Wight County, and the cities of Chesapeake, Suffolk, and Virginia Beach. In Virginia the snake is listed as endangered.

Herpetologists said the snake is reluctant to engage its rattle until danger is imminent.

Last August, a couple vacationing in Hilton Head snapped a photo of a diamondback rattlesnake, one of America’s largest venomous snakes according to herpetologists. Jonathan and Lindsay Wiles were taking a walk along Port Royal Plantation Beach when they saw the massive serpent slithering along the beach.

A herpetologist told the news that the diamondback rattlesnake thrive on the Lowcountry’s coastal islands, but it was  still “a little unusual” to see one on a beach.