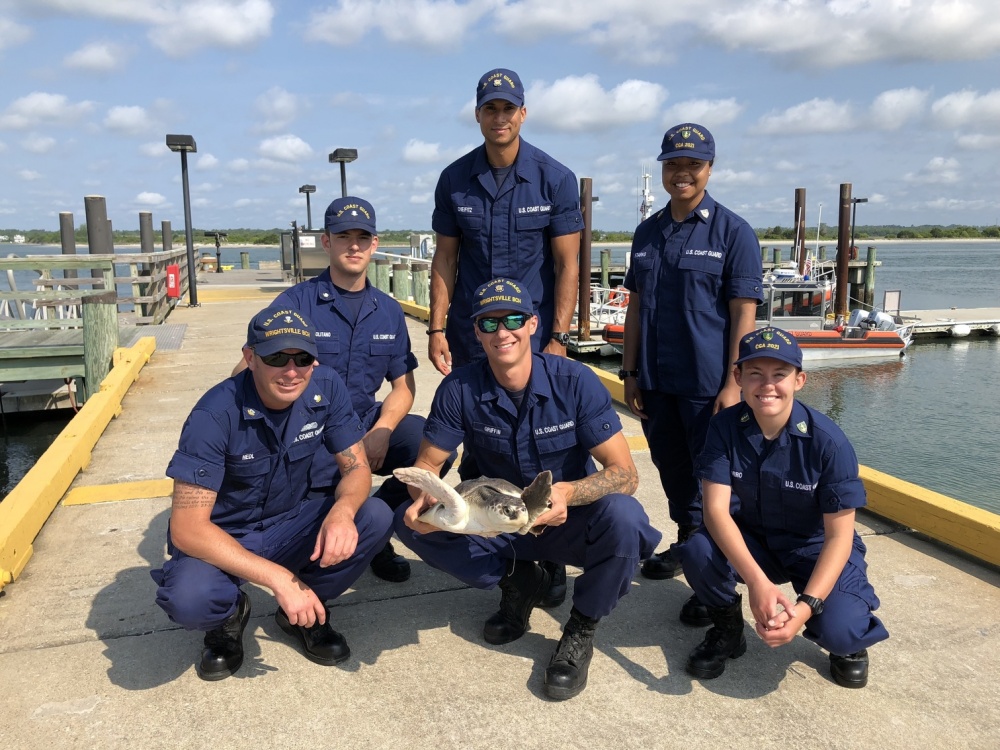 WILMINGTON, N.C. – A sea turtle has been rescued thanks to a good Samaritan.

On Monday the fishing boat Lady Lisa contacted watchstanders at Station Wrightsville Beach and said they found a small sea turtle with a hook in its mouth and an injured fin.

The good Samaritan transferred the turtle to the Coast Guard boat, where the WRC representative took the injured animal in.

The turtle was taken to The Karen Beasley Sea Turtle Rescue and Rehabilitation Center in Surf City, according to the Coast Guard.

“Due to the Lady Lisa’s quick action, authorities were able to transport this injured sea turtle to a facility where it can receive the care it needs,” said Cmdr. Matt Moorlag, the Sector North Carolina deputy sector commander. “The boating public plays a vital role in the conservation of our protected species.”