The incident was reported at 7:48 a.m. and involved a Virginia Beach Public Schools bus and a 2006 Hyundai Sonata. 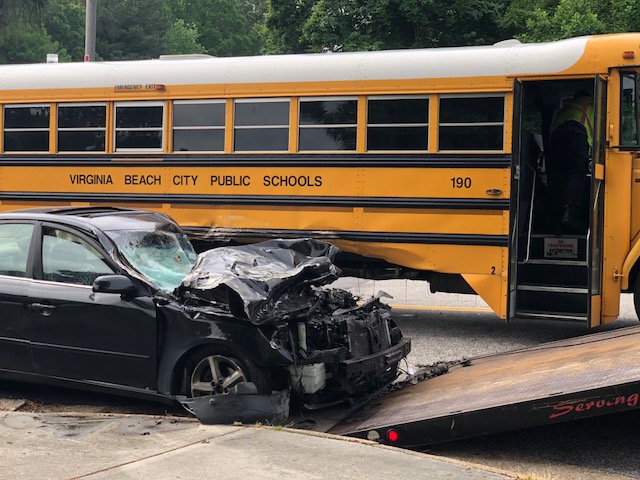 Eight students from the bus were transported to the hospital for evaluation, according to Virginia Beach Police spokesperson Tonya Pierce.

An adult and two children from the Hyundai Sonata were transported to the hospital with minor injuries.

The operator of the bus was issued a Virginia Uniform Summons for Failure To Yield the Right of Way, say police.

Thirty-four students were on board the bus when the crash occurred. None of the injuries reported by the eight students transported to the hospital are serious.

An alert message was sent out to parents of all students at the school and a direct phone call was made to every parent whose child was on the bus.

Southbound Independence Boulevard between Shelton Road and Shore Drive is closed at this time.

More information will be provided if it becomes available.