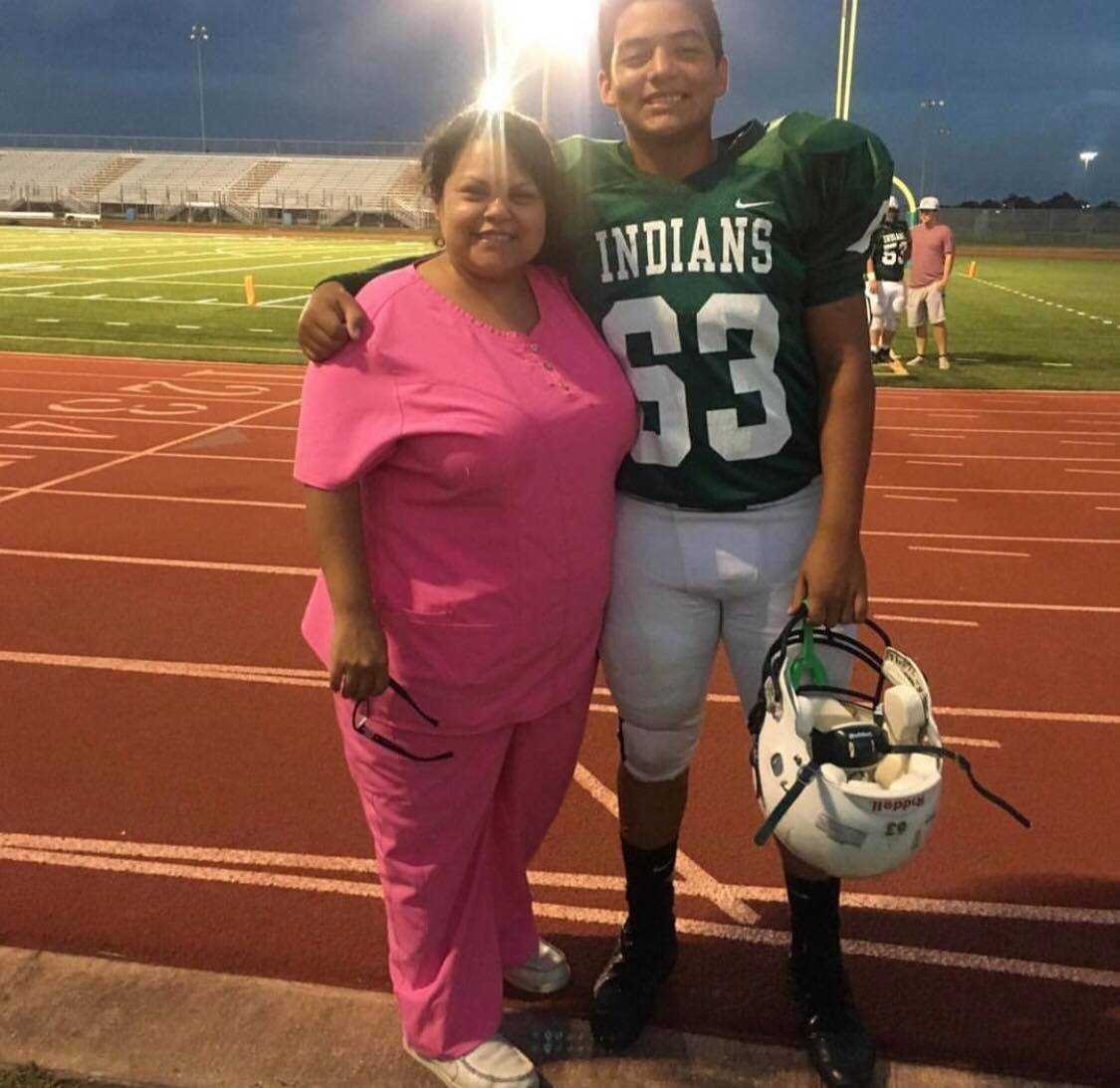 The 10 victims slain in the Santa Fe High School shooting were not done with life. Far from it. As with other school massacres, the students had much more to learn and accomplish, the teachers more to impart to their young charges.

There was a newly minted 17-year-old ready to celebrate with friends the following day, a daredevil who was up for any thrill and a Pakistani exchange student who was building bridges between her host and native countries when her father was disabused of the notion that her life would be safe in America.

All the victims have been identified, according to a statement from First Assistant District Attorney Kevin Petroff in Galveston County. Thirteen others were injured.

Here’s what we know about those who were killed:

She often accompanied her brother to Sunday services at the church she attended with her parents, he said. He described Angelique as “a sweet young lady (who) had a style all of her own” and recalled she was often sporting new hairstyles.

Her aunt, Sylvia Pritchett, posted on Facebook, “All I know is you will forever be our rainbow baby girl! Every rainbow will represent you, just the same way you lived life and affected everyone who was blessed to be a part of your souls journey.

“You touched each and everyone one of us in so many ways, ways you didn’t even know. Rest easy my angel, forever the rainbow in our lives, a reflection of what love truly is!!”

Student Kimberly Vaughan’s mother, Rhonda Hart, initially posted on Facebook that Kimberly was in art class during the attack, and said she had been unable to find her.

In a release Saturday, Galveston County District Attorney Jack Roady confirmed that Kimberly was among the deceased.

Kimberly’s mother has since updated her Facebook bio with the hashtags #fightforkim, #kimberlyjessica and #oneof10

She was a member of the Anchor Bible Baptist Church in Pharr, Texas, Tisdale’s brother-in-law, John Tisdale, said in a Facebook post Friday night.

He also said in his post that his sister-in-law’s husband, William Recie Tisdale, is “in bad health with a terminal lung disease.” The couple has four children.

The Pakistani Embassy in Washington confirmed on Facebook that 17-year-old Sabika Sheikh, an exchange student, was killed in Friday’s shooting and that Ambassador Aizaz Chaudhry had spoken to the girl’s father, “expressing heartfelt condolences.”

“Ms. Sheikh was in Texas as part of the Youth Exchange & Study (YES) Programme,” the embassy said in a statement to CNN. “Our thoughts and prayers are with Sabika’s family and friends.”

Her father, Aziz Sheikh, told CNN that his daughter “loved to read,” that she enjoyed studying US history “to learn from the best,” and that she wanted to grow up to become a diplomat to “make Pakistan proud.”

US Secretary of State Mike Pompeo said Sabika was “helping to build ties” between the United States and her native country and offered his condolences to her family and friends. “Sabika’s death and that of the other victims is heartbreaking and will be mourned deeply both here in the United States, and in Pakistan,” Pompeo said in a statement.

“There is a general impression that the life is safe and secure in America. But this is not the case,” Aziz Sheikh told AFP.

“Being a brother was his best job,” she said. “Although he was the youngest, he definitely protected his sisters as if he was the oldest. He was always there if someone needed someone to listen or some cheering up.”

Chris was “definitely the life of the party, and one of the most understanding, open-minded kids I know,” Mercedez Stone said.

Jared Black turned 17 three days before the shooting, and he was scheduled to have a birthday party Saturday.

Jared spent a memorable portion of the summer with his dad, two brothers and stepmom in California, according to family friend Elizabeth Ann McGinnis, who is serving as a spokeswoman for the family.

McGinnis established a GoFundMe account on behalf of the family to help them pay for flights from their home in California for the funeral.

McGinnis was with Jared’s father when he received the news, she said.

His father “sat in misery for 13 hours not knowing if (Jared) was one of the victims,” she said. “Then he got the devastating news after 6 p.m.”

The other three victims are: