NORFOLK, Va. - The USS Milwaukee fired four longbow hellfire missiles that hit fast inshore attack craft targets off the Coast of Virginia in a first for the program this month.

The USS Milwaukee (LCS 5) is a Freedom variant littoral combat ship that conducted the live-fire missile exercise as part of the LCS Missile Module Developmental Testing.

During the training, the crew executed a scenario that simulated warfighting by utilizing radar and other systems to track small surface targets, simulating engagements, and firing missiles against the surface targets.

"The crew of the USS Milwaukee executed superbly and the test team ran the event seamlessly, both were critical in making this event successful," said Capt. Ted Zobel, LCS Mission Modules Program Manager.

The training scenario is the first phase of the Surface-to-Surface Missile Module (SSMM) Developmental Testing for the LCS Mission Modules program.

It also marked the first integrated firing of the SSMM from an LCS and the second at-sea launch of SSMM missiles from an LCS.

The Freedom variant littoral combat ships are designed for operation in near-shore environments that are also capable of open-ocean operation.

According to the Navy, "it is designed to defeat asymmetric "anti-access" threats such as mines, quiet diesel submarines and fast surface craft."

Initial operating capability and fielding of the SSMM is expected next year. 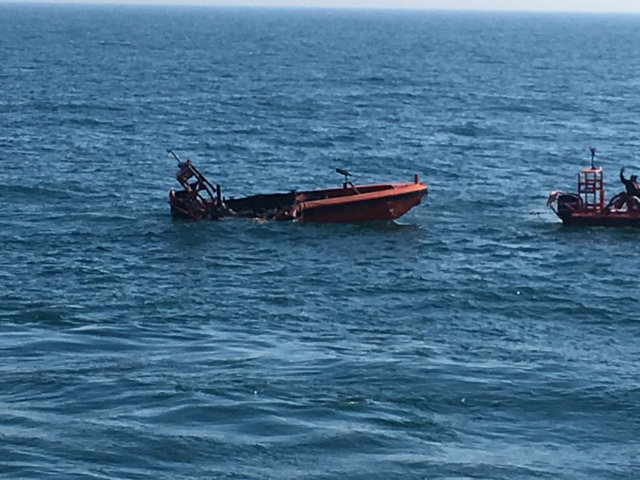