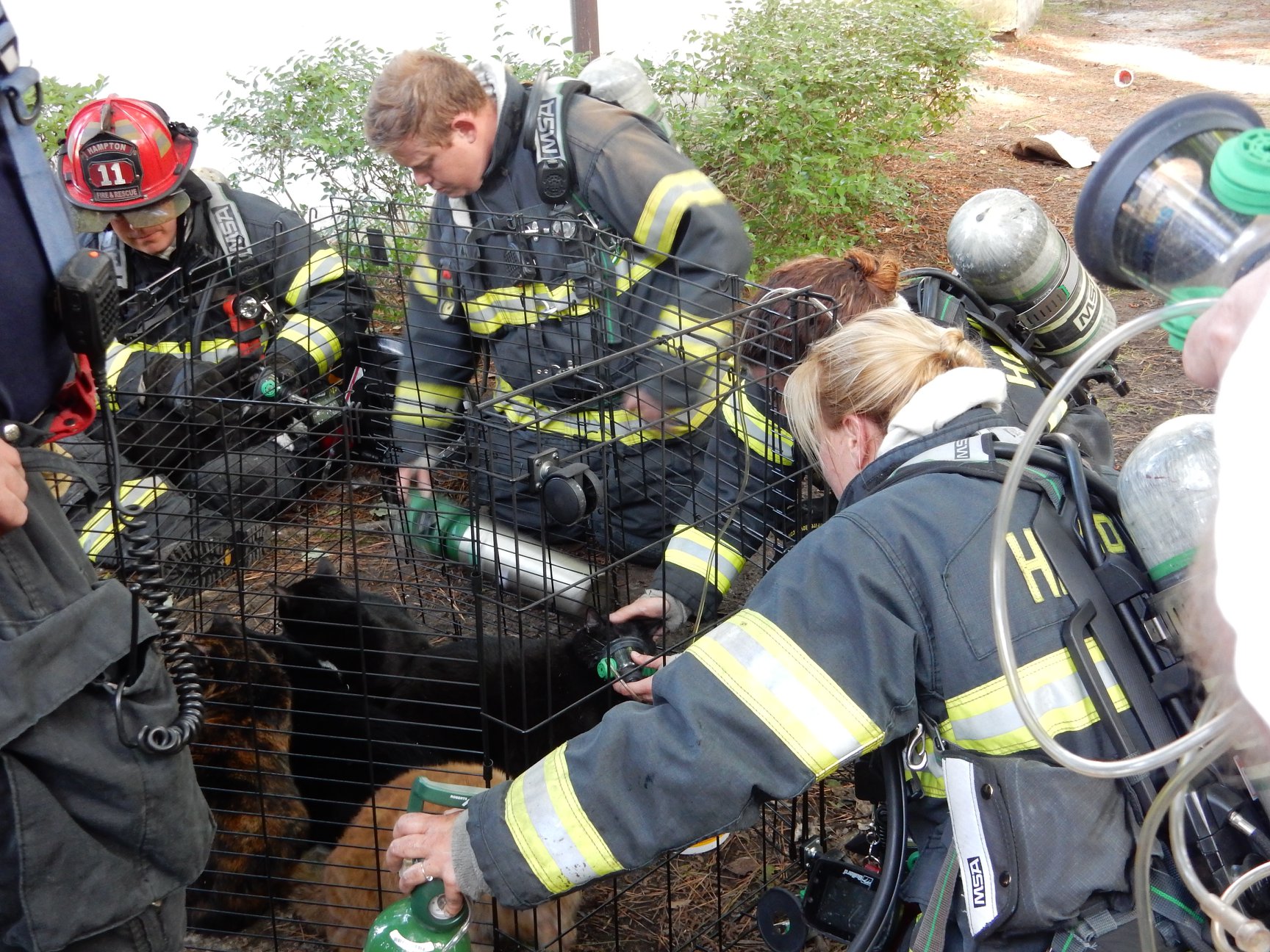 HAMPTON, Va. – Seven to nine cats were rescued from an apartment fire in the 10 block of Stapleford Way Wednesday evening.

The call came in at 5:32 p.m. Units with Hampton Fire & Rescue arrived at the scene to find heavy smoke coming from the apartment.

Two of the apartment’s residents were taken to the hospital for observation.

Authorities said the rescued cats were having difficulty breathing. Crews gave five or six of the cats oxygen masks to help them breathe more easily.

Some cats were taken to a local veterinarian. It is reported that their breathing had improved by the time they arrived.

The apartment suffered both smoke and fire damage.

The exact cause of the fire is still under investigation.