CANTON, Conn. – A woman called 911 saying she believed someone was trying to break into her car, a white Subaru, that was parked in the driveway Friday night.

Caller: I think there's someone in my car.

Dispatch: In your car now?

Caller: I believe so, the lights are on and I went out to kind of check it out and I hear noise in there.

The woman told police she ran into the house and locked herself inside, telling the 911 operator that she became "really scared" after hearing the car's horn blaring and seeing the headlights turn on.

Two officers said they showed up on the scene to see a bear inside the car. but they said that they do not know how the bear got into the car.

The officers grabbed the door and let the bear out. The bear then ran off and the Connecticut Department of Energy and Environmental Protection was notified by the responding officers.

No one was hurt in the incident, according to police, but the woman said her car is totaled. 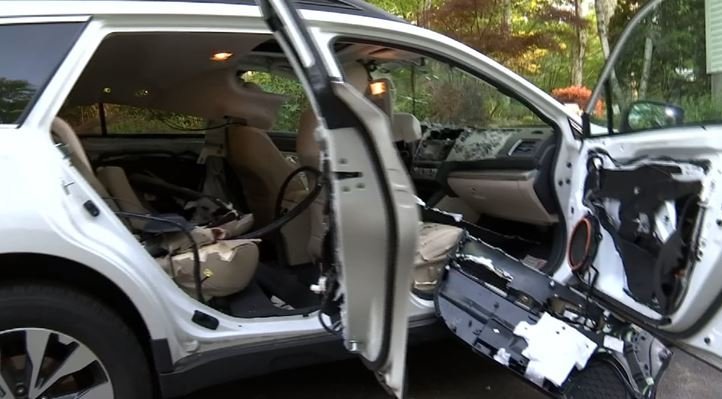 Here is a gallery of other bear sightings across the state.

Here is what DEEP advises if you see a bear.