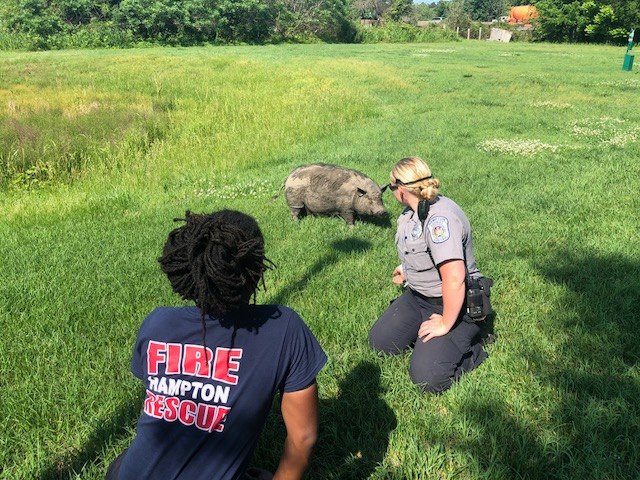 HAMPTON, Va. – Whether it’s a human or an animal in need, Hampton Fire Rescue is up for the call.

According to a Facebook post from the department, Hampton Fire and animal rescue helped a pig that was stuck in the Newmarket Creek marsh. The first responders did so be roping the animal, and bringing it to dry and stable land.

The pig was later taken to a local shelter.

While the pig may not be as famous as Wilbur, it was certainly an adorable photo shoot of the animal being rescued. It was also a great example of how Hampton Fire Rescue continues to help those in need, whether they have two or four legs.