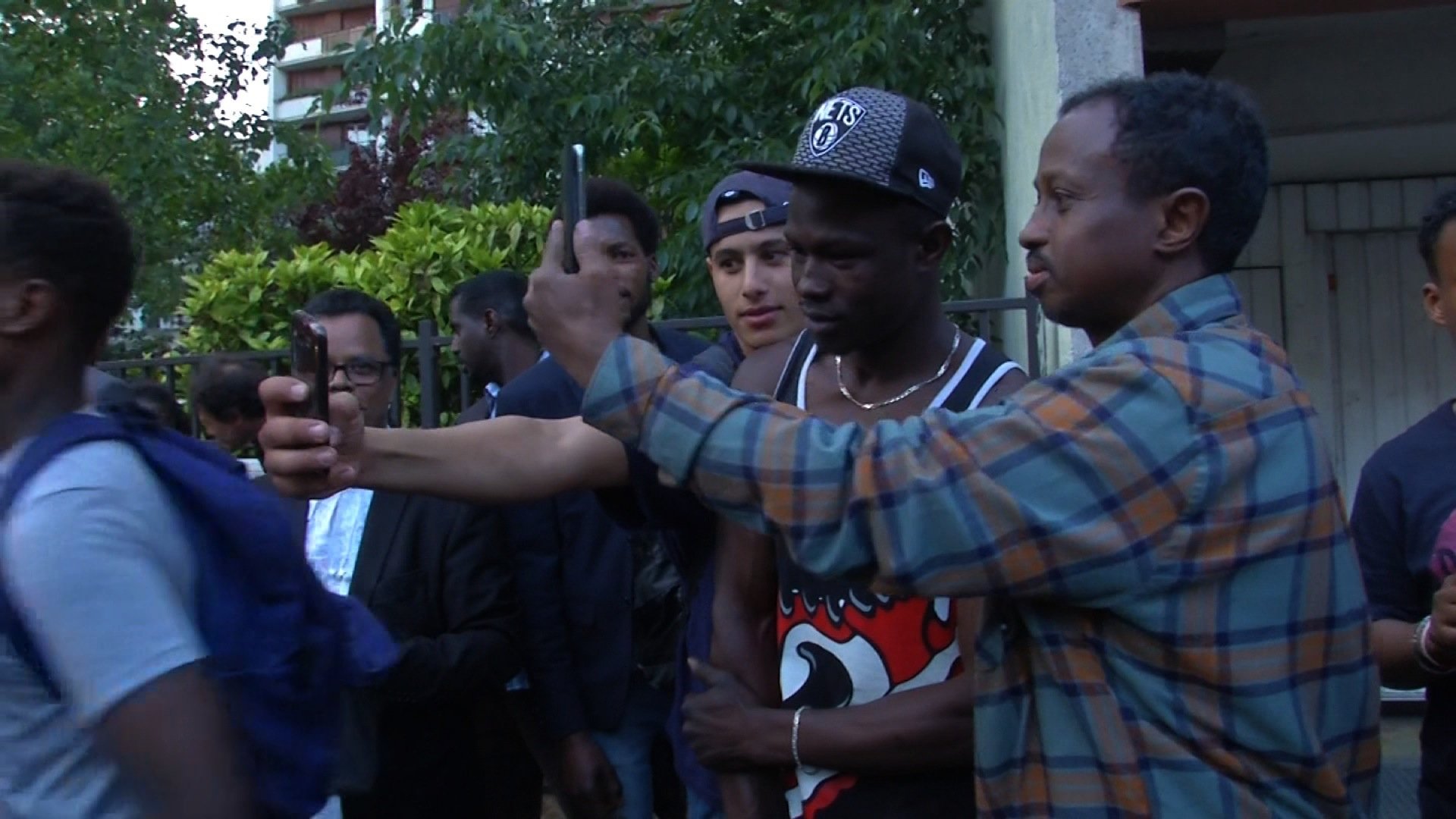 A young Malian migrant who rescued a child dangling from a balcony will be made a French citizen and has been offered a job by the Paris fire brigade, the office of the French presidency said.

Video of the rescue showed 22-year-old Mamoudou Gassama climbing up four floors of the apartment building in just seconds to rescue the child, to cheers from onlookers.

By the time Parisian emergency services arrived at the building, he had already pulled the child to safety.

President Emmanuel Macron invited Gassama to the Élysée Palace on Monday, where he was given a certificate and a gold medal for performing an act of courage and dedication.

Gassama told Macron: “I didn’t think about it, I climbed up and God helped me.”

He said that when he reached the apartment, he became scared and started shaking.

Macron asked Gassama how the child was when he was rescued. He replied: “He was crying because he was hurt.”

Speaking to CNN-affiliate BFM TV after the rescue, Gassama said he had been in the neighborhood to watch a football match in a local restaurant when he saw the commotion.

“I like children, I would have hated to see him getting hurt in front of me. I ran and I looked for solutions to save him and thank God I scaled the front of the building to the balcony,” he said.

The video shows neighbors on an adjoining balcony struggling to pull the child to safety. According to judicial sources, the child’s father was out shopping when the incident occurred.

The father is being investigated for abandoning his parental responsibilities, according to a spokesman for the Paris prosecutor.

He is no longer in custody, but will be sentenced in September, the spokesman said. The 4-year-old child has been placed in care.

Paris Mayor Anne Hidalgo said on her official Twitter on Sunday she had called Gassama to thank him, congratulating the Malian migrant on his act of bravery.

“He explained to me that he arrived from Mali a few months ago with the dream of making a life for himself here. I replied that his heroic act is an example for all citizens and that the city of Paris will obviously be keen to support him in his efforts to settle in France,” she posted to Twitter.