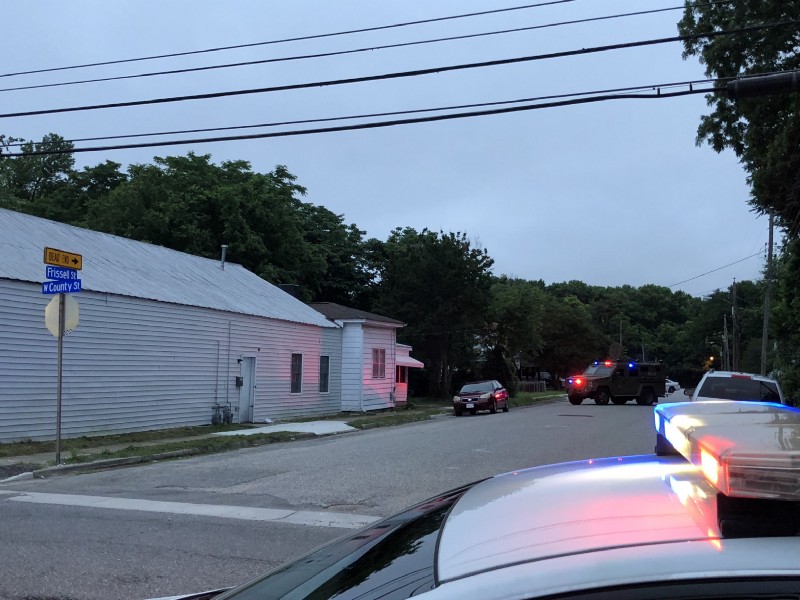 HAMPTON, Va. – Police have arrested a man following a barricade situation in the first block of Frissell Street.

On Monday around 1:30 a.m., Hampton Police officers were sent to the area in referenced to an armed and disorderly person.

The victim, a 35-year-old Hampton woman, told police that the suspect had a gun and was pointing the gun at her and others.

When officers arrived, the victims and others in the house were able to get out of the home safely.

The suspect, still armed with a handgun, went back inside the home and would not talk to officers.

The Hampton Police Division SWAT Team and Crisis Negotiation Team were called and responded to the scene. Eventually units were able to talk to the suspect and peacefully take him into custody around 5:30 a.m.

Kwamne Sekou Imo, 24, was taken into custody and charged with brandishing a firearm and one count of unlawful entry.