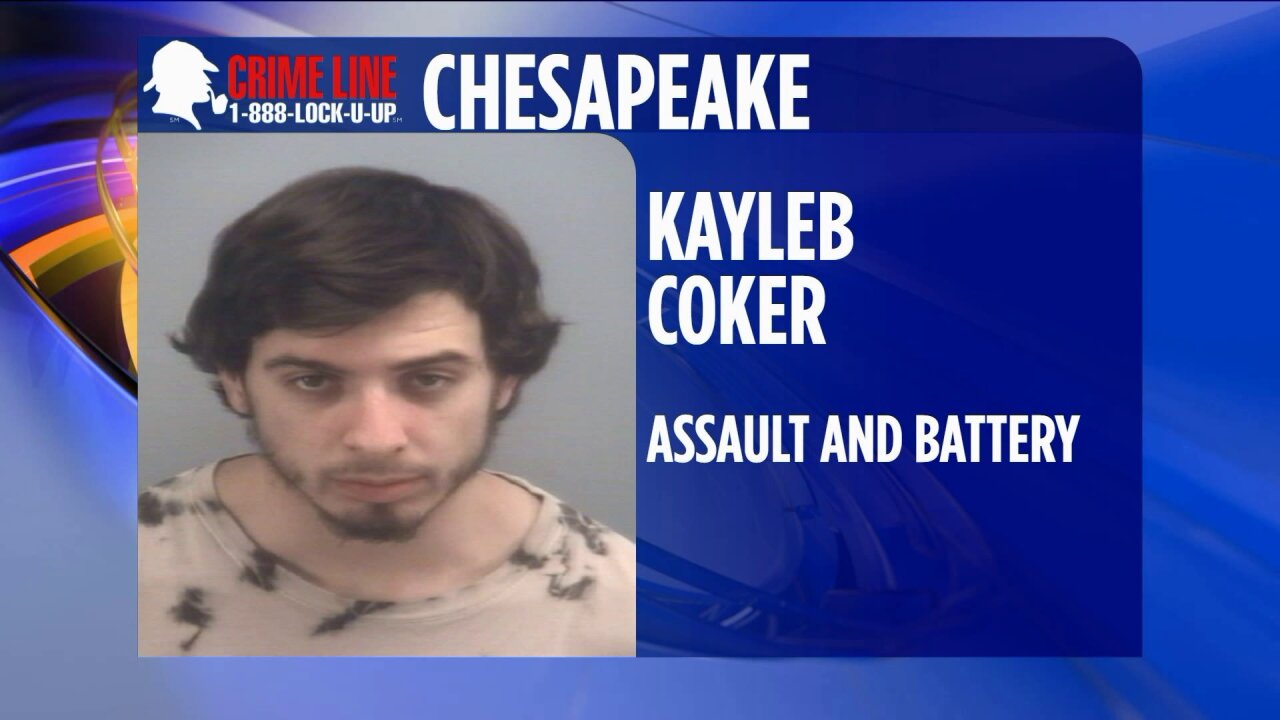 CHESAPEAKE, Va. – Police have arrested a man accused of assaulting a family member after receiving a tip through Crime Line.

Kayleb Warren Coker was wanted on charges of domestic assault and battery and strangulation.

According to police, Coker was arrested Friday, June 15, 2018 after someone saw him featured on News 3’s “Taking Action Against Crime” segment.

Police say Coker choked a family member at a home in the Hickory section of the city.